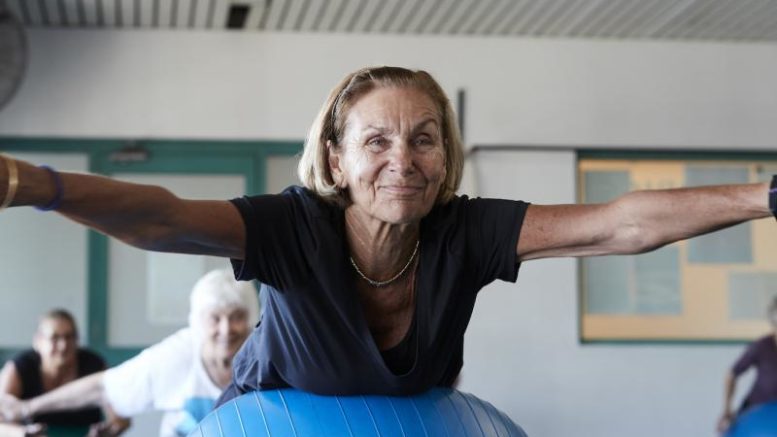 Research released by HCF Australia this week reveals Australian’s top New Year’s Resolutions for 2022 will be a vow to be more healthy over any other goal this January.

A survey of more than 2,500 Australians found that the top picks next year will be:

Considering the tough year for many financially the research also revealed that respondents plan to prioritise making money over sleep, improving connections with loved ones and changing their relationship with alcohol.

The survey also revealed that:

While three quarters of Australians say they set New Year’s Resolutions, 78 per cent won’t make it to the end of the year

– More than 3.4 million Aussies have taken out a gym membership as part of a New Year’s Resolution they hardly used

Nicole dumped the diet for a lifestyle change

Nicole Grant, 50, was no stranger to New Year’s Resolutions and diets that had helped her lose weight, but never lasted.

With a history of health issues like arthritis that were complicated by injuries and weight gain, Nicole found herself having to take 21 months off work as a mental health social worker because she was in too much pain to be as physically active as her job demanded. Life in lockdown also didn’t help, with the delivery of her post knee surgery rehab impacted.

After finding out she qualified for a no cost weight lose program through her health fund Nicole said she thought she’d “give it a whirl”.

“I approached this not as a diet but as a lifestyle change, and 27 kilograms later I’ve never felt better. I went from basically being housebound with a walking stick, to being able to walk for hours. I can live a much better quality
of life now,” Nicole said.

Her advice is that people need to visualise how they need to change their lives.

“There is hope – when you’re ready to make the change to go ahead and get support, that’s key, you’ve got to be ready to make those changes. I needed to change my life, I wish I did it before I was housebound.”

Dietician Trent Watson, who collaborates with HCF, said despite the survey finding many people fall off the wagon with their resolutions, it’s often better to set a resolution than nothing at all.

“Closing off options can be empowering,” Dr Watson said.

“For example, zero is a more enforceable limit than a flexible alternative, like setting a goal not to buy chocolate when you go to the shop.”

With January traditionally being the month of healthy new beginnings for many, , is encouraging Australians to set realistic health goals and seek support to help them achieve a happier and healthier new year.

The survey was conducted by HCF, Australia’s largest not for profit health fund. Data is made available to researchers.