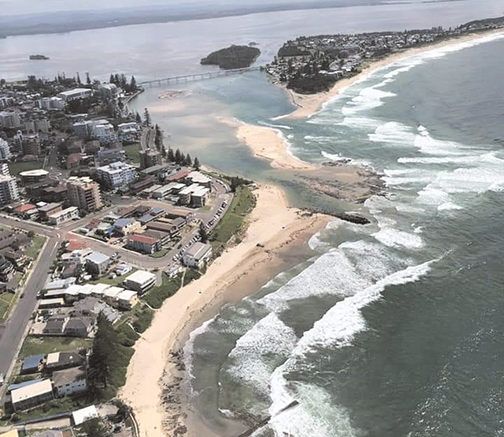 The reason there has been inaction in flood management of Tuggerah lakes is because of the amalgamation of Wyong and Gosford Councils, according to Wyong MP and Shadow Minister for Central Coast, David Harris.

He told State Parliament on February 25 that people had to understand the history of the lakes and that there was a serious lack of knowledge and information about what happened in the recent storms and flooding.

“It needs to be understood that the Tuggerah Lakes Floodplain Risk Management Study and Plan was completed in November 2014 and adopted by the former Wyong Shire Council,” he told Parliament.

“There are serious issues in that plan and neither local nor state government has done any significant work in the past decade to meet the recommendations in that report.
“Not long after the report was completed, Wyong and Gosford Councils were amalgamated.
“The report has been largely ignored because the new Central Coast Council was more focused on rewriting policies and those sorts of things instead of focusing on some very important issues.
Harris said recommendation 5 in the report was a formal Entrance Management Strategy to manage flooding, and was to be a high priority and completed in four years.

It should have been completed by 2018.
“The recommendation states that the prime objective is to include consideration of emergency entrance openings for the management of flooding,” he said.

“It is a strategy that has always been put in the too hard basket, after of a decade of procrastination spanning from the old Wyong Shire Council days into the time of amalgamation.
“The current Liberal Nationals State Government has been in power the whole time since 2014, when the report was adopted.
“The recommendation also states that Council needs to clearly promote and educate the community on the difference between the management of The Entrance Channel for flooding purposes and the management for other reasons, such as tourism and ecological benefits.

“Most of the community focus until the floods was all about how it looked and smelled rather than on flooding.
“It has been totally overlooked that the Cardno study in 2013, which was done by the State Government, does not specifically consider management of the opening during flood, so council will need to look at that issue in further detail.

“That was a recommendation.
“A rock groyne was completed on The Entrance Beach which was all about sand nourishment for the beach, but there was nothing about the opening or flooding.
“The recommendations of the flood consultants have been ignored for no apparent reason.
“Flood forecasting models are being considered by Council, but this will probably need a state government grant before starting the process.
“Why have other Councils made progress in this area, as presented at the 2019 coastal conference?

“A new dredge and dredging policy is also being considered by Council, but again, this is dependent on a state government grant, which has come now, after the flood.
“The dredging that happened previously was all about making the channel look nice for tourists, it was not about flooding.
“People do not understand that they are two different things.
“This is just the start of the conversation and I have a lot more to say on this issue.”
Harris said he would continue to expand on the matter in future State Parliament sittings because the topic couldn’t be covered in five minutes.