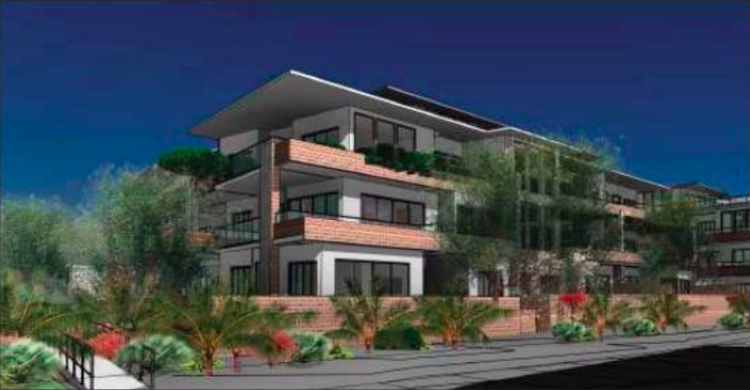 A proposal to redevelop the Woy Woy Sporties bowling club on the corner of Brickwharf Road and North Burge Road has been amended and resubmitted to Central Coast Council.

The amended application, submitted by Woy Woy Holdings Pty Ltd, owners of the club, has already stimulated opposition from the club’s neighbours who intend to mount a concerted campaign to stop it from going ahead.

Brickwharf Road resident Mr Ross Cochrane said he had already written to all 15 councillors to voice his concerns about the development. The latest proposal has reduced the number of seniors’ housing units from 87 to 63, spread over four storeys instead of five. Mr Cochrane said he and his neighbours believed the proposal was “exactly the same but one level less, so barely any difference”. “There are so many questions about the new application” Mr Cochrane said.  “The proposal released a couple of months ago showed the land as zoned RE2 but in the letter we received from Council on Monday October 23, it has been rezoned R2 so I asked for clarification of how that can happen” he said.

Full article in The Peninsula News

Previous articles about this development