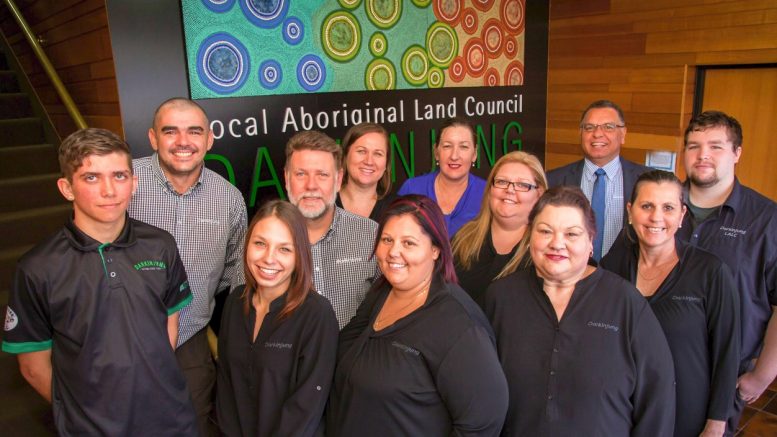 Some of the Darkinjung Board and Management team. Image: Darkinjung website

For Darkinjung Local Aboriginal Land Council Chief Executive Officer, Mr Sean Gordon, this piece of legislation is crucial in helping to empower Aboriginal people and communities not only in NSW, but nationally.

“The Aboriginal Languages Bill is critical in acknowledging the extensive history the first people of Australia have with this country and the languages and dialect that were established thousands of years ago,” Mr Gordon said. “Our language forms an intrinsic part of our cultural identity and to have the State Parliament recognise and help revive Indigenous language is a good fi rst step in bridging the gap between Aboriginal and nonAboriginal Australians. “This has been a key moment for Aboriginal people.

“There is still more to do, but it means that our people are able to start leading and empowering their own communities. “I hope that the introduction of this Bill will result in a shift of ownership to Aboriginal people. “These are our languages, and it is our right to be at the forefront of this movement,” added Mr Gordon. Part of the newly introduced legislation includes the appointment of an independent language panel or trust by the State Government which includes a number of Aboriginal language experts. This panel will assist and guide Government in working with communities to help preserve and re-awaken Aboriginal languages. “There have been a number of signifi cant Aboriginal leaders within the language space that have been working towards this for a very long time.

“Darkinjung Board of Directors and our community would like to congratulate them on what they have been able to achieve,” continued Mr Gordon said. “Leaders like Ray Kelly Snr, Stan Grant and Gary Williams have been some of the hardworking people pioneering for the protection of Aboriginal language. “I hope that this legislation means that we will be able to revive the Darkinjung language here on the Central Coast so we are able to share it with our youth and the wider community,” Mr Gordon concluded.