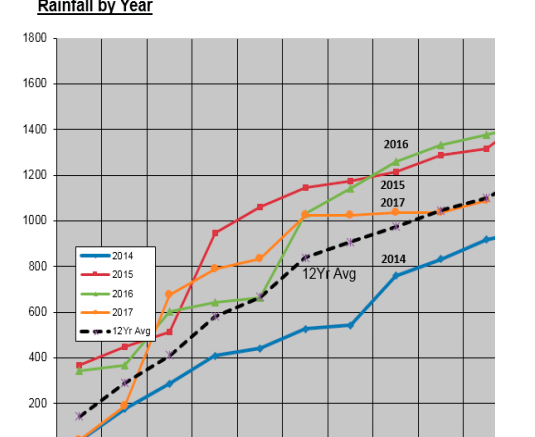 Almost 25mm of rain fell on the (Woy Woy) Peninsula on Friday, October 27, pushing the total rainfall for the month back towards average after a dry start.

The trend of three consecutive months with total rainfall of less than 10mm was broken on October 20 when the Peninsula received 4.3mm and 13.1mm on October 21, according to Mr Jim Morrison of Umina’s rainfall data. The intense storm that passed over most of NSW on October 26 reached the Peninsula in the early hours of October 27 and dumped 24.7mm accompanied by a stunning lightning display and even some hail. Total rainfall for the month of October was back up to 52.7mm by October 27, just 3.3mm below the monthly average of 56mm, according to Mr Morrison.