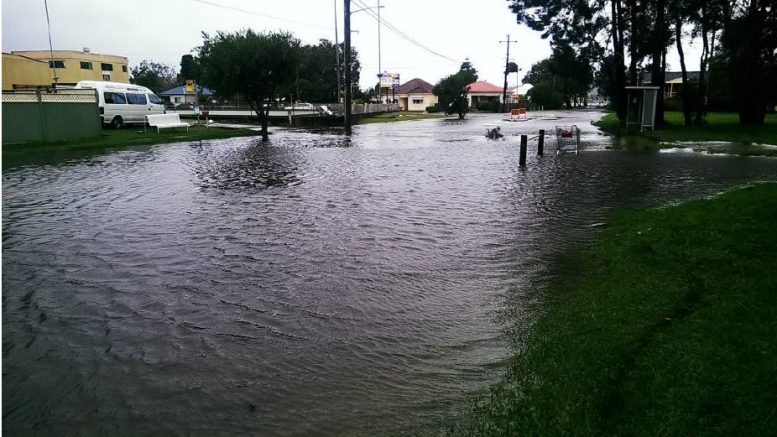 An application for a $37.2 million mixed-use development on the site of the Woy Woy Sporties bowling club has been withdrawn.
According to the Central Coast Council’s online development application tracker, the applicant withdrew the proposal on August 11.
The proposal was to demolish the existing clubhouse and replace it with a mixture of seniors’ housing, independent living units, a new club, retail tenancies and a basement carpark.
Numerous objections had already been received to the development.
One resident’s objection to the development covered many concerns expressed by others.
“A complex of 87 units and retail space is a very large, very major development under any circumstance,” the objection said.
“It is totally inappropriate and incompatible with this area which comprises individual one and two level free-standing houses.
“Contrary to statements by the developer as quoted in the Peninsula News, there will be huge impact on the area.
“The sheer bulk of the complex will be, in real terms, and visually, overwhelming.
“More importantly, the coming and going of people from 87 units, along with the clientele of 300 at the club and cars accessing five retail shops, will be chaotic when intermingled with a substantial number of people with boat trailers trying to reach launching ramps in the Lions Park,” the objection said.
Flooding was another concern expressed by residents who wrote to Council objecting to the proposal.
Brick Wharf Road is prone to flooding near its junction with North Burge Rd during king tides, they said.
The situation is significantly worse when king tides occur during rain events, such as during the significant East Coast Lows of April 2015 and June 2016, when flooding reached front yards and under some houses.
“The development proposal does not even acknowledge, let alone address, these drainage, tide and flooding issues,” one submission to Council said.
Another emphasised the traffic issue.
“Council could look into its own records of cars being fined for parking on the reserve on the corner of Brick Wharf Rd and North Burge Rd during summer peaks to understand that the current number of parking spaces do not adequately cater for peaks,” another submission said.
“Observations would need to be taken for traffic flow at the junction of The Boulevarde and Brisbane Water Dr during peak times and weekends to understand the current levels of build-up that would worsen with such a major development.
“Brick Wharf Rd traffic is busiest on summer weekends when there is peak tourist activity in the Fisherman’s Wharf area at the western end of Brick Wharf Rd.
“As a local resident, I strongly object to a five storey development on this site.
“The areas immediately adjacent to the site are extensively used by children at Lions Park and at the Scout Hall.
“In addition to this, the two boat ramps at Lions Park are heavily used, especially on summer weekends.
“While the developer believes the proposal to be in the public interest, I am gravely concerned about the impacts of such overdevelopment in a small residential street with heavy use by children and families and do not consider it in any way to be in the public interest.
“Significant emphasis has been given in the application to the fact that Sporties currently has an accumulated loss of $800,000 (2005-2016).
“While this is indeed unfortunate, the local residents should not be made to pay for this mismanagement with gross overdevelopment of the site.”

Residents in 29 suburbs urged to get tested