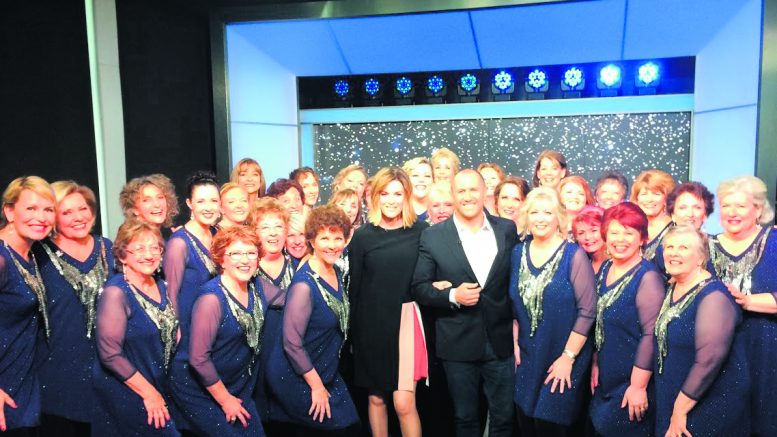 Local singing group, Coastal a Cappella, are celebrating their 25-year anniversary in 2017.
The 40-strong chorus of women from all over the Coast got together to celebrate 25 years of fun, friendship and harmony at Erina Fair on International Women’s Day.
The group has been able to celebrate a variety of recent successes, which include performances at the national Sweet Adeline’s competition, Royal Easter Show, St Mary’s Cathedral for Lights of Sydney Spectacular, as well as a live TV performance on channel 7’s Morning Show.
The group has been featured on the ABC Radio, Singout Sydney, and were selected from the championship finalists to appear in the Sydney Eisteddfod Choral Grand Prix.
Tickets are now on sale for their annual show, Coastal a Cappella Live at the Laycock St Theatre on April 29 where they will be joined by special guest, country singing star Gina Jeffreys and featuring the Lee Academy dancers.