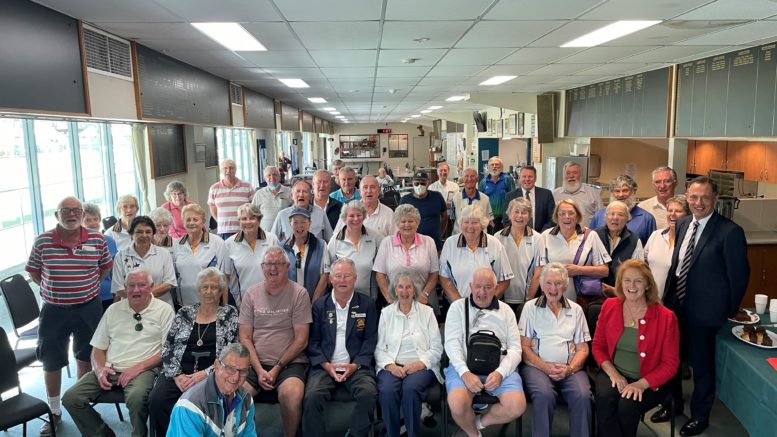 Member for Gosford, Liesl Tesch has called on Central Coast Council to revisit plans to rezone the land on which Gosford Bowling Club sits, beside Central Coast Stadium.

Council announced plans for the rezone in March, saying the existing RE1 zoning is “a major hindrance” to the potential of the stadium’s further development.

It said the rezone would allow “greater opportunities” within any proposed Masterplan which is defined in a Stadium Implementation Plan adopted last year.

But Tesch said it was vital to save community sporting infrastructure.

She met with club members recently to discuss its importance to the local community and the need to ensure that locals continue to have access to the sporting facilities on site.

“The Bowling Club is a vital part of our community and the camaraderie among its members was so special to see,” Tesch said.

“The Club provides a space for everyone, especially for our older locals who (go there) to socialise, play bowls, and have a good time which is vital considering the ongoing mental health crisis following the impact of extended COVID-19 lockdowns.”

Tesch said Gosford is booming and the need for more recreational sites has never been greater.

“Gosford City Bowling Club is a key component for the future of the adjoining Central Coast Stadium and it would be a shame to see this opportunity missed for members and Coasties alike,” she said.

Tesch said the Club hosts a variety of community and sporting groups such as All Ability Bowling, free activities and tuition for clients of Life Without Barriers, Coastlink, and the House with No Steps.

Central Coast Leagues Club CEO, Ed Camelerri, joined Tesch at the meeting and supports the bowlers’ call to save their club.

“Since the Central Coast Stadium masterplan has come up for discussion, Council Administrator Rik Hart and his predecessor have failed to speak with Club members,” Camelerri said.

“Mr Hart needs to speak to these good-hearted community members who want to see a workable future for their Club.”