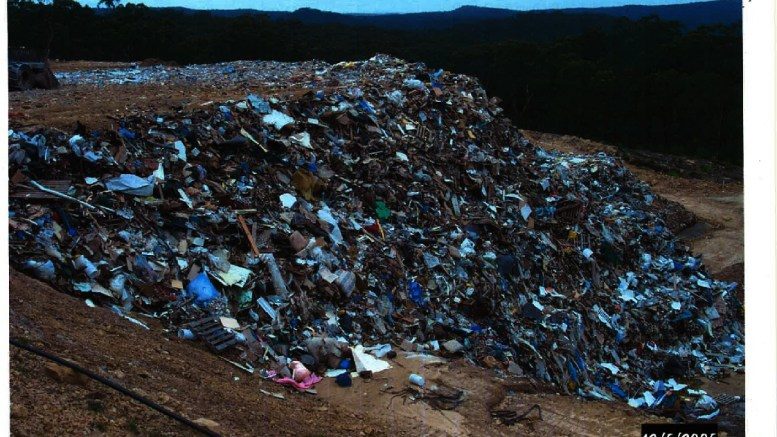 The Greens have expressed disappointment at the recent Land and Environment Court (LEC) decision on the Mangrove Mountain landfill.

The judgement, handed down earlier this month, basically allows for Verde Terra to dump 1.14 cubic metres of waste at the site.

The Court found the court orders entered by Gosford City Council in 2014 stand and that the operator of the landfill doesn’t need to obtain further development consent to carry out those orders but would require consent for new land uses or a materially different development.

Justice Rachel Pepper ordered that Verde Terra (VT) can “lawfully carry out the works ordered by the Court on 29 August 2014 … without the need to obtain further development consent” and said her judgement was the culmination of a “long running and increasing complex dispute”.

The 2014 orders between the former Gosford City Council and VT included agreement to accept 1.14 million cubic metres of waste at the Mangrove Mountain Landfill Golf Course site whereas the original 1998 consent allowed for 240,000 cubic metres of fill.

Greens environment spokesperson and environmental law expert, Sue Higginson, said it was “disappointing” that the Court has confirmed the dumping of more than one million tonnes of general waste within the Central Coast’s drinking water catchment is allowed.

“This is not a good outcome for the environment or the community,” Higginson said.

“We now know that a large business has the right to bring enormous amounts of general waste from the Sydney metro area and dump it on the Central Coast over an extended period of time.

“However, it is clear that the proponent, Verde Terra, will not walk away from the Court with what it wanted; the Court has clearly found limits to (its) activities.”

Higginson said it appeared there was real doubt that Verde Terra will be able to make the landfill operation meet existing legal and regulatory requirements.

“This landfill development has a long and infamous history,” she said.

“There have been major failures, lapses and mistakes made by Council and the regulator while the environment and community have suffered and a private company profits.

“We will continue to support the Mountain Districts community and Central Coast residents in the ongoing fight to stop this nightmare landfill.”

Higginson said the landfill was a prime example of how Sydney’s burgeoning waste problem should not be solved.

“Regional communities and local environments should not be made to pay the price for poor planning, lack of regulatory oversight and the effects of not closing the loop on our waste cycle,” she said.