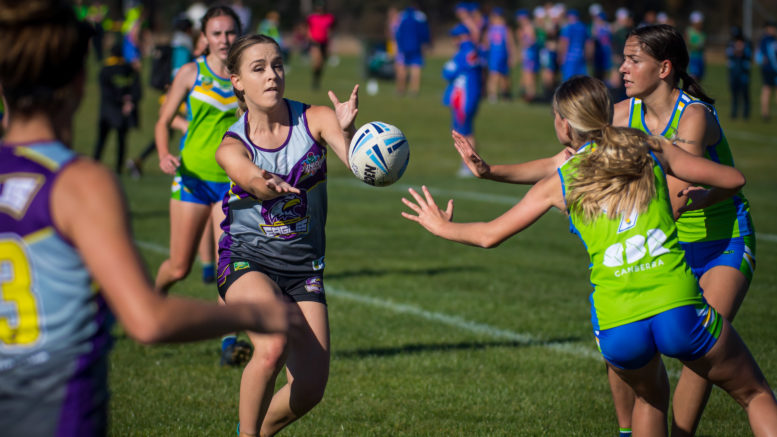 After a difficult 12 months for sport due to COVID-19 lockdowns and severe weather events, the NSW Touch Association (NSWTA) will run the 2022 Junior Regionals at the Central Coast Regional Sporting and Recreational Complex on April 30 and May 1.

NSWTA General Manager, Dean Russell, said there had been very little representative touch football played in the past year.

“We are excited to be bringing this prestigious event to such a spectacular venue,” he said.

“The Central Coast and surrounding areas have long been a bastion of touch football talent as well as strong supporters and advocates of the NSW Touch Association.

“To be able to bring the elite of our junior pathways to the area is very satisfying.”

“Our regional sporting complex at Tuggerah is living up to its promise of delivering major sporting events for the region, such as these junior championships,” Hart said.

“The complex is located in a central and accessible location and has exceptional drainage and turf conditions – which continues to attract a wide range of competitions as well as professional teams from the NRL and National Rugby Union (who use it) as a training base.

“Not only does this competition provide an opportunity to showcase this fantastic facility, but it will also deliver a huge boost to our local economy with all the players and visitors descending on our region.

“We look forward to hosting the best junior male and female touch football players from across NSW and encourage the community to take up the opportunity to be part of this great event.”

The state Junior Regionals event is the pinnacle of the Junior Touch Football pathway within NSW and will see over 48 teams compete in 8 divisions to be crowned Junior Regional Champions.

The very best 12s, 14s, 16s and 18-year-old boys and girls rep sides will be showcased over two days, vying not only for a win, but also possible State Merit and NSWTA Development Team selection to compete in the National Youth Championships.

Russell said that with 1,000 participants and officials, joined by family and friends, the event will deliver an expected economic impact of $1.1M into the Central Coast community.

Games will commence at 10am on Saturday morning and progress through to the finals on Sunday afternoon which will be played from 1pm.

The prestigious 18s girls and boys finals will be played at 1pm and 1.30pm respectively.