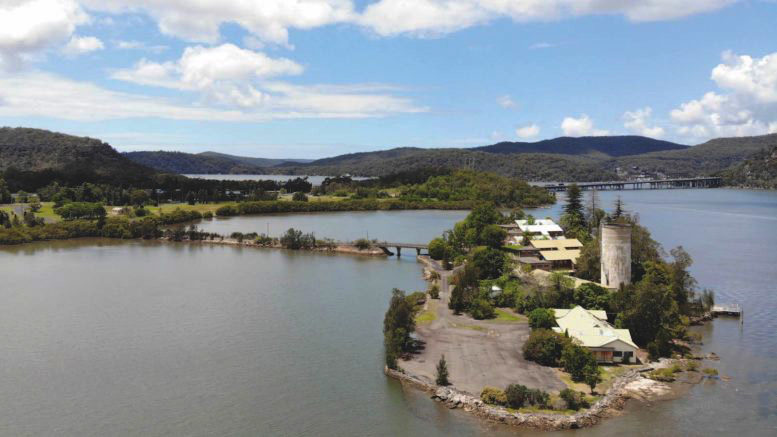 The Central Coast Greens have added their voice to a chorus of disapproval over development plans for the Peat Island precinct.

They have called on Central Coast Council to consider objections by Mooney Mooney residents, traditional custodians, and the Hawkesbury River community, saying they don’t believe the proposed development is appropriate to the site and the local community’s needs.

“The traditional custodians in our region have strongly indicated that Peat Island and some of the surrounding country is of continuing high cultural significance to them.

“We maintain that the traditional owners must support any land development included in this proposal.

“The absence of their support should be taken as a clear indication of the proposal’s merit.

“The Greens are opposed to any significant increase in private residential development on Peat Island.

“The current proposal includes a new two-storey hotel, proposed minimum Lot sizes of 150 sqm for the residential portions and R2-zoned Lot sizes as small as 300 sqm.

“This proposal would result in unprecedented densities for the local area.

“Likewise, the loss of the school is unacceptable to the local community.

“If new residential development were to occur, the need for a local school would be among the first public priorities to emerge.

“In light of this, the inclusion of the former Mooney Mooney school site in the proposed asset sale is short-sighted.

“Another concern is the lack of consideration of realistic sea level rise driven by climate change.

Baistow said she understood the development will be subject to a Voluntary Planning Agreement with Central Coast Council.

“We are troubled by the infrastructure costs associated with upgrading the sewer and water assets that will be cost-shifted to the local public purse,” she said.

“We are alarmed at the costs of a new electricity supply to enable this development.

“NSW has many excellent examples of heritage renewal for iconic public lands developed in collaboration with local communities.

“These include Cockatoo Island and Nobbys Head.

“These positive examples need to be applied to guide the department in producing a suitable concept for Peat Island.”

“In the absence of a compelling case for the sale of public land and public assets without a tangible and direct public benefit, we do not support any divestment from public ownership associated with this proposal,” she said.