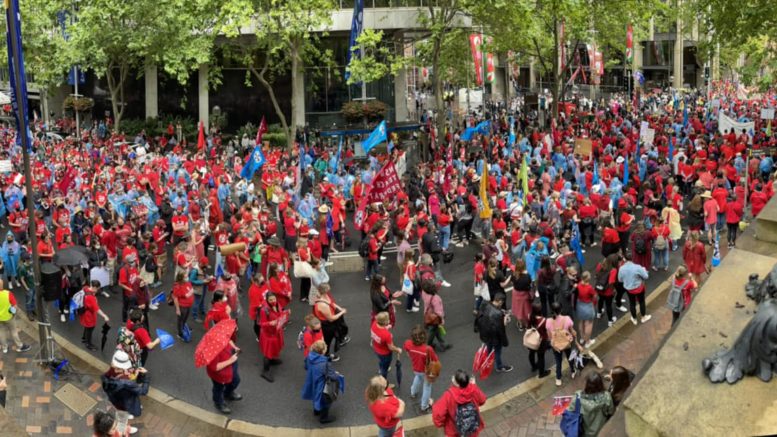 Central Coast teachers and principals walked out of work for 24 hours on Tuesday, December 7, as new figures showed the number of vacant permanent teaching positions in NSW has increased to more than 3,000.

NSW Teachers Federation president Angelo Gavrielatos said the government had made no effort to address the unsustainable workloads and uncompetitive salaries that were leading to growing teacher shortages across NSW.

New Department of Education figures showed that of the 44,500 permanent teaching positions in NSW public schools, 3,038 were vacant in mid-November.

Excluding 1,037 new positions there were 2,001 vacant positions – more than double the 995 recorded in June.

School by school figures for October showed more than 70 per cent of public schools had vacant positions.

“Teachers and principals from the inner west to the Far West are telling us they just can’t find the fulltime and casual teachers they need,” Gavrielatos said.

“If we don’t pay teachers what they are worth, we won’t get the teachers we need.

“The workloads of teachers are unmanageable and the government’s 10-year wages cap means the salary they earn doesn’t reflect the skills or responsibilities they have.

“Unfortunately, the only action the NSW Government is prepared to take is legal action to try and stop teachers and principals protesting over salaries and workloads.”