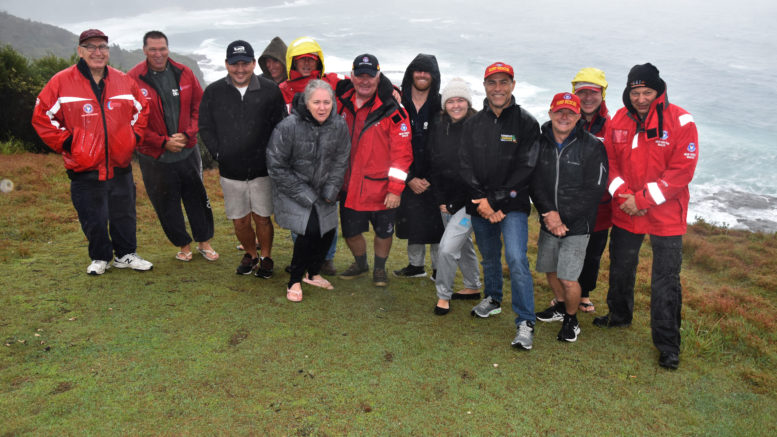 Surf Life Saving Central Coast (SLSCC) Support Operations team conducted a search and rescue exercise at the notorious black spot, Snapper Cave, on November 27 to prepare for emergency incidents along one of the most treacherous section of the local coastline.

During the 2021-21 season the Support Operations team conducted 106 rescues outside the red and yellow flags.

This is a significant amount of rescues and, without the Support Operations team’s swift response, the Central Coast’s drowning rate would be much higher.

The SLSCC search and rescue exercise is specifically designed to assist the Support Operations team in responding and familiarising themselves with the local coastline before an emergency incident occurs.

On the day the team performed various complex search and rescue scenarios that simulated real incidents that occur along the dangerous rock shelf and surrounding area.

Director of Lifesaving, Simon Cusack, said: “These exercises are crucial to ensuring our RWC lifesavers are well prepared for any incident which may occur along our treacherous coastline.

“Our Support Operation team are crucial in achieving our goal of zero drownings on the Central Coast,” he said.

“It’s really great to get some of our female volunteers involved with these operations as they contribute so much and they’re great role models.

“These guys will be doing search and rescues with the skills they picked up to support our clubs, especially in those dangerous sections like Snapper Cave.

“We even use this equipment in our proactive patrols around The Entrance channel,” Harkness said.