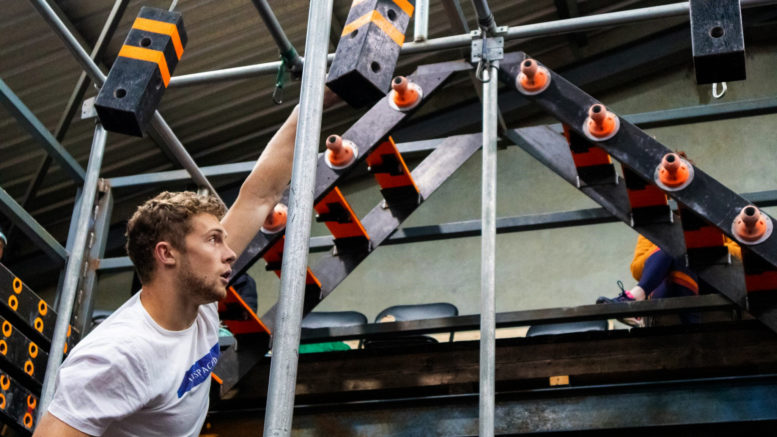 Dylan James of Berkley Vale is one of 10 Central Coast “ninja warriors” to have qualified for the USA World Titles next year after achieving success at the Australian NNL (National Ninja League) World Qualifier held at the Australian Warrior Fitness gym in Gosford recently.

Known as The Rocket Man, James came second in the male division to secure his world titles spot.

Originally from Japan, the sport rapidly spread through the USA, UK and Europe and is quickly gaining a following in Australia.

Australian Warrior Fitness owner, Cameron McLintock, has competed at the World Championships and was a semi-finalist and course tester on Season 5 of Australian Ninja Warrior.

He is passionate about showing kids how to have fun and develop their fitness as well as training dedicated professional adults in the Ninja sport.

He also qualified first as the overall point scorer in the 2020/2021 Ninja Challenge League Competition and holds a position on the International Board of the NNL, the leading association of Ninja Warrior in the USA and the governing body of the Ninja sport.

“Last weekend, Ninjas flocked to North Gosford to compete at the Australian world qualifier,” he said.

“Celebrity ninjas including Dylan James, Judith Carroll, Matt Read and Travis Edwards, were among the competitors battling to take out the state title.

“The NSW final had two brutal stages with cash prizes and trophies up for grabs.

“Only those competitors who completed stage one under the allocated time limit progressed to stage two.

“Stage two was gruelling and not for the faint-hearted with only (the Coast’s) Cameron McLintock completing the course and taking home first in the state.

“We train a lot of kids and adults here at AWF and as the year progresses, their skills improve, and the standard never ceases to amaze me.

“This year we had 15 children qualify for the Nationals and six of these qualified for the World Championships.

“At AWF we believe competitions gives the kids a focus and sense of achievement so we also host end of term competition for 8-12 year-olds.

“I’m pleased that on the Coast, the sport is rapidly growing in acceptance as a school sport and also throughout the OSHC Centres as a preferred school holiday program.

“The governments support through the Creative Kids and Active Kids vouchers has played a huge part in making Ninja Warrior affordable to all families and helped us build a fantastic ninja community on the Coast.”