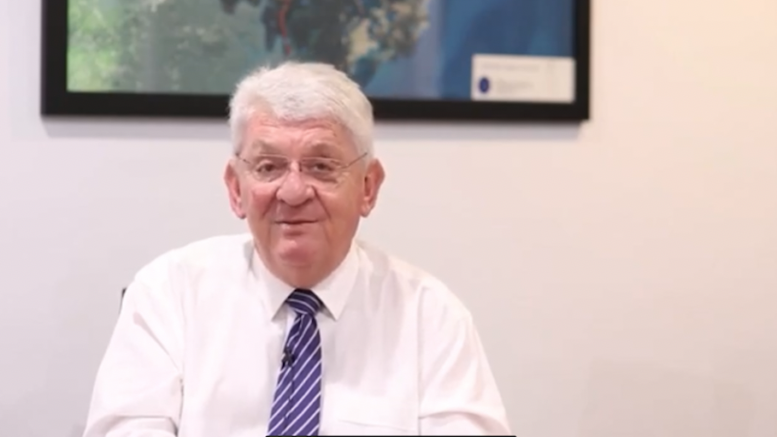 Mr Persson said the financial crisis that resulted in him being installed in November 2020 was “I don’t want to be crude – a cluster mess”.

Under cross examination, he warned his interrogator not to treat him in a “smart-arse” way.

He described suspended Deputy Mayor Jane Smith as a fine environmental activist and said he considered himself a bit of one too.

“Sometimes when you write a document, time passes, you look at it and you go ‘Ouch’, or whatever. Well, I’m very comfortable with every word in those documents,” Persson said.

Commissioner Roslyn McCulloch said: “Although you did change your opinion about whether an inquiry was appropriate?”

“No, no, I recommended an inquiry,” Persson replied.

“He’d been around for a long time,” Persson said of Cr Best.

“Asking questions on notice was his modus operandi.

“I said to him – he probably showed you the 56 motions he’d moved, or whatever.

“I said, ‘Well, after the first 20 didn’t work, did you think about some other way of dealing with it, because clearly it wasn’t working, yet you claim to be aware that there was a financial calamity?’.”

He said Cr Jane Smith acted to a large extent like a mayor from the 1990s when the mayor was chief executive under the Local Government Act.

“In my view – and I’ve talked to all the Executive Leadership Team and quite a number of other people – Mayor Jane Smith, who I believe has a very fine record as an environmental activist, and I consider myself a bit of one as well – she came in determined to effect changes.

“She acted to a large extent like a pre-’93 mayor.

“She attended ELT meetings, took over the meetings to a large extent, you know, was tough on staff directly.

“Mr Murphy (former CEO Gary Murphy) didn’t intervene, in my view, from all accounts, to provide the balance that the chief executive should do under the Act between that, and I think that was sort of the beginning of when it went off the rails.”

Persson said he had a great deal of sympathy for some Councillors.

“You mentioned one who talked about being bullied,” Persson said.

“Cr Hogan was bullied not only in the council chamber by the opposition, she was bullied in her party by some of those people who were very determined that there was nothing wrong with deficit budgeting and the expansion that they were on,” Persson said.

Persson said no, it was a technical matter.

“My only issue with them, and still remains, is their inability/failure to do enough to manage the budget which was blowing up before their eyes,” he said.

He talked about the work that had to be done when he arrived, including securing a $50M loan immediately and a $100M loan in December.

He praised the work of new CFO Natalia Cowley’s “experience and networks in the banking industry that got us a $50M loan fairly quickly”.

“This was actually a crisis that I think people just refused to – for people like Professor Sansom to go on about the State Government and what they should or could have done, it is just absurd sort of stuff; real academic wankery in my view,” he said.

Professor Graham Sansom published a paper on the handling of Central Coast Council.

“When you took over, hadn’t the council already at that point developed the 100-day plan to dig itself out of the hole?” the Commissioner asked.

Persson said it had lots of items on the agenda but it wouldn’t have worked.

“Overtime bans – this is just like a Band-Aid on a gaping wound. This is not a serious management talk,” he said.

“People retrospectively are trying to paper it over, ‘we weren’t told this, we didn’t know that’.

“To be frank, that’s just rubbish, in terms of what’s really required here.

“I have to go back to say if the current CEO had been there, none of this would have happened.”

Persson was cross-examined by a legal representative of the CEO he sacked, Gary Murphy.

The counsel, Vanja Bulut, took Persson through documents he called “smoking guns” that he said showed Murphy knew about the spending of restricted funds.

She asked where the evidence was in each document.

Bulut asked if Persson knew what a certain document related to.

“You actually don’t know what the sentence relates to at all, do you?” Bulut asked.

“No, and I won’t have you being smart with me either,” Persson said.

He said the emails, which he had released under Government Information Public Access (GIPA), didn’t pass the pub test.

Bulut asked if he proceeded with his reports on the basis of a pub test.

Bulut also talked about the facts around Murphy refusing to meet with Persson and highlighted that Persson denied him access to the above documents.

Persson said Murphy was a private citizen by the time he was available to meet and by then Persson had formed the view he didn’t have the time as he was focussed on getting the Council back in shape.

He said Murphy eventually received the documents under the GIPA (freedom of information laws).

The full transcripts are available on the Office of Local Government website.