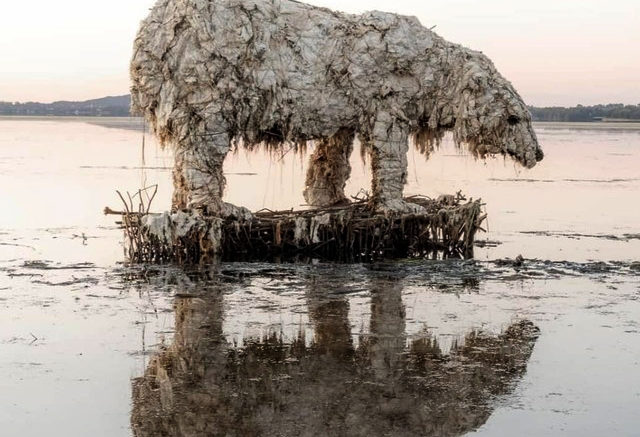 The team from television show Better Homes and Gardens visited the Coast on September 23 to film an episode on Central Coast artist Peter Rush.

The crew and host, Johanna Griggs, visited Rush at Chittaway Bay to learn about his new sculpture, a polar bear made from driftwood currently in Tuggerah Lake.

The episode of Better Homes and Gardens featuring Rush is due to go to air on October 8.

On his Instagram page, Rush says the Polar Bear is made of local weeds which bleach in the sun when the lake drops, and the body is made with lantana found on site bound with flax.

Recent creations by Rush include The Laughing Owl at Jerry’s Café in Kulnurra, and the Egyptian inspired Serenity at Spencer Wharf.

Both will also be featured on Better Homes and Gardens.

1 Comment on "Rush sculptures to feature on television show"