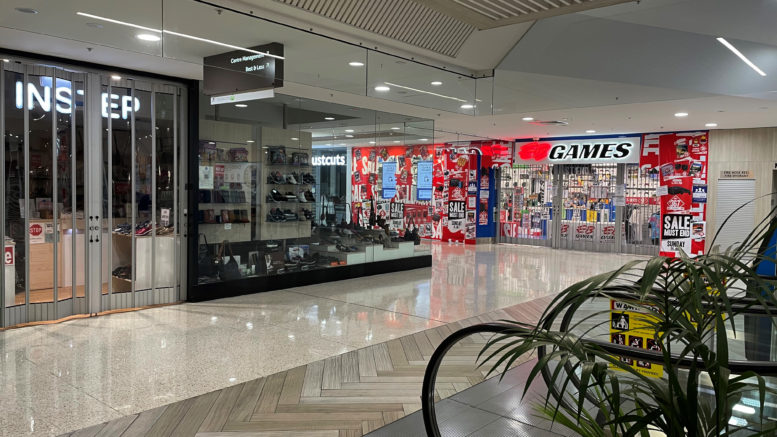 Non-essential retail is closed until July 30

As the Central Coast prepares to enter its fourth week of lockdown, tighter restrictions imposed from July 19 have added to fears the lockdown could be extended beyond July 30.

But the push for an early release from restrictions for the Coast is gathering momentum.

Parliamentary Secretary for the Central Coast, Adam Crouch, said Premier Gladys Berejiklian had flagged that an easing of restrictions for the Coast, as well as the Wollongong area, is being considered.

“At Wednesday’s press conference, the Premier said: ‘But we are also looking at opportunities to perhaps address those regions [Central Coast and Wollongong] in a particular way given we can keep the virus out’,” Crouch said.

“Last week I committed to fiercely advocate for the Central Coast region’s lockdown to end, but only if it is safe to do so.

“Every decision made by the NSW Government should follow the health advice to the letter.

“I’ve been speaking to the Premier daily about our region and how the majority of people have done a great job by following the stay-at-home orders.

“Right now the ball is in our court to keep on following the rules and to get tested if you have any symptoms at all.

“All it could take is a single case to scuttle our hopes of getting out of lockdown, so there’s never been a more important time to remain vigilant.”

Shadow Minister for the Central Coast, David Harris, said he had been working with Crouch to see the Coast released from severe restrictions “as soon as is feasible”.

“They tell us they have it under rolling review, but we will continue to push,” Harris said.

“There have been no locally acquired cases or community spread on the Coast and we may be able to get back to fewer restrictions than are operating now.”

Not surprisingly, pressure from local businesses is mounting for an early release for the region.

Business NSW Central Coast is advocating for a return to work for the construction industry under reduced operating conditions.

Representatives said that a pause on non-essential construction work was one of the most devastating of the new measures announced from July 19, with estimates it could cost the region many millions of dollars.

Non-essential retail premises on the Central Coast were also directed to close until midnight on July 30, although click and collect, takeaway and home delivery can still operate.

Anyone who leaves the home must have a mask with them at all times.

They must be worn when you are working outdoors, in outdoor markets, outdoor shopping strips, and in outdoor queues waiting for products such as coffee and food.

All carpooling must be stopped unless among members of the same household.

Employers must allow employees to work from home if the employee is able to do so; failure to do so can result in a fine of up to $10,000.

All other restrictions remain in place.

Parliamentary Secretary for Central Coast, Adam Crouch, said the new restrictions were “an incredibly tough decision but a necessary one”.

Member for The Entrance, David Mehan, has called on the State Government to review the impact of the car pooling restriction on workers who cannot work from home.

“Hundreds of Central Coast blue collar workers and those who cannot work from home are bearing the brunt of the health restrictions and the risk of contracting the virus,” Mehan said.

“The latest restriction which will impact these workers is the ban on car-pooling to get to work.

“Many Coast workers car-pool to get to work to save on the high cost of travelling to Sydney or Newcastle to locations which are typically poorly services by public transport.

“These workers can’t choose whether they attend a workplace or not and now the State Government is dictating how they will travel to work, without compensation.

“I’ll be asking the Health Minister to review the impact the current restrictions have on those who cannot work from home.”

CEO of Regional Development Australia Central Coast (RDACC), John Mouland, said the RDACC supported the NSW Government’s decisions to increase restrictions, but encouraged everyone to buy local to support the many businesses doing it tough.

“Some will not survive the COVID-related challenges they have encountered over the past two years,” he said.

“We need to ensure that our key regional industry sectors such as construction, retail, hospitality and tourism reopen as quickly as possible once the immediate threat subsides.”

Additional responsibilities seen as incredible opportunity for the Coast