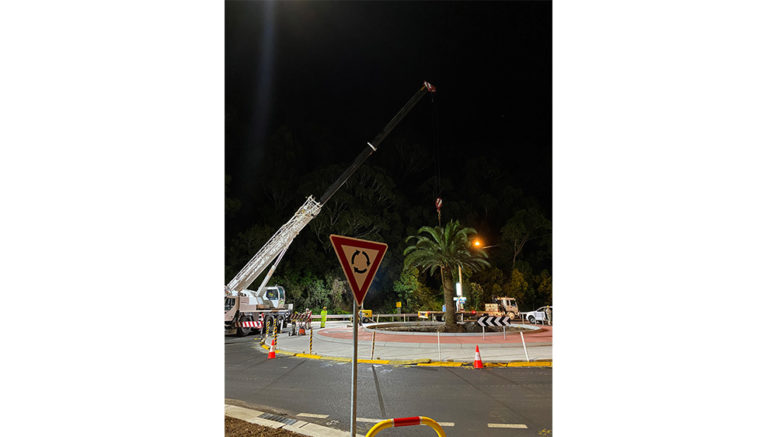 Works to reduce congestion and improve access in and out of Ettalong Beach have now been completed at the intersection of Maitland Bay Drive and Picnic Parade.

The State Government, which has invested $7 million into the project, estimate the intersection is used by 19,000 motorists every day.

Parliamentary Secretary for the Central Coast, Adam Crouch, said the intersection was a ‘critical’ link between Ettalong Beach, Woy Woy and the suburbs on the eastern side of the Rip Bridge including Empire Bay and Kincumber.

“The creation of a new, raised roundabout at this intersection makes it significantly easier to exit the Ettalong town centre using Picnic Parade onto Maitland Bay Drive,” Crouch said.

“In addition to the roundabout, concrete medians, new shared pathways, pedestrian refuge and on-road cycle lanes, a mature palm tree was recently installed in an overnight operation as part of landscaping of the upgrade.

The project has supported 20 local jobs and provided work to five suppliers in the community.

Final line marking work on the intersection is set to be carried out next month after the road surface has settled.

Work has started at Tumbi Rd intersection with highway