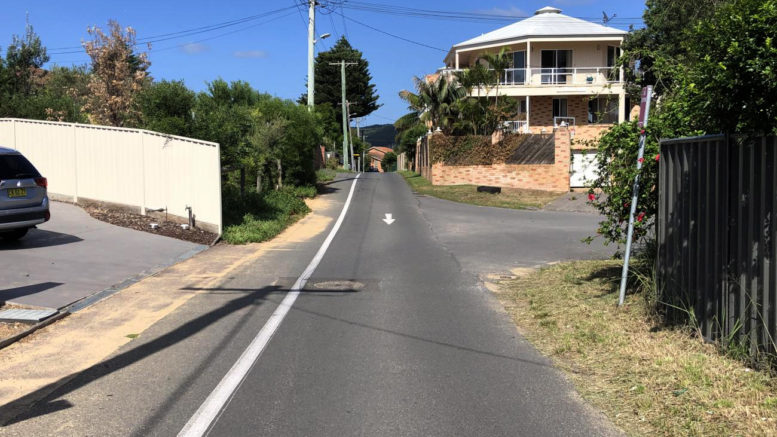 With comments set to close on April 26 on Central Coast Council’s proposal to implement a shared zone along The Esplanade at Umina Beach, Peninsula Chamber of Commerce has raised some concerns.

The plan includes the closure of a section of The Esplanade, between Ocean Beach Rd and Trafalgar Ave, to non-essential traffic.

Council says the project, to be funded with a $327,528 grant from the State Government’s Streets as Shared Spaces program, was developed after numerous requests to slow traffic and improve pedestrian safety.

But Chamber President, Matthew Wales, says the money could be better spent.

“Having viewed the concept plans, the Chamber is of the view that this is an extravagant waste of valuable taxpayer dollars at a time when Central Coast Council is under severe financial stress,” Wales said.

“Whilst we acknowledge that this project is funded by the NSW State Government under the Streets as Shared Spaces program, the expenditure of such a large amount of money on a laneway that benefits a limited number of beachfront properties is totally out of sync with community expectations when our local roads are un-kerbed, potholed and without drainage and lack of footpaths.

“It’s all well and good to encourage innovative ideas for streets as safe, shared public spaces but not when residents are going to be slugged an extra 15 per cent on their rates to pay for Council’s gross financial mismanagement.

“Clearly the concept plan has struggled to find ways to spend the $327,000 grant and the Chamber believes that the project should be scrapped.”

Wales said that rather than forcing pedestrians to use the busy laneway as a means of linking Ocean Beach and Umina Beach Surf Clubs, the focus should be on the construction of a boardwalk along the beachfront.

“By Council’s own admission, The Esplanade laneway is currently widely used by motorists and pedestrians, including cyclists, with an effort being made to remove non-essential vehicle travel through the laneway to increase safety for these users,” he said.

“Clearly, the intent by Council and the beachfront residents is to restrict vehicle movements at the expense of access by many in our local community to this area.

“I’m sure the community could see far better ways of utilising such a large funding grant on far more deserving projects.”

Asset sales could result in under representation for the Peninsula

Labor MPs strengthen their call for an Inquiry into Council problems