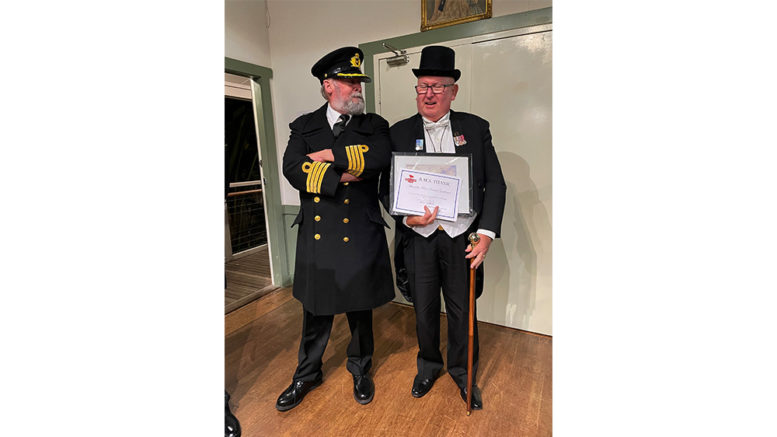 It was smooth sailing for the Rotary Club of Brisbane Water’s Titanic dinner on April 10 at Pearl Beach Community Hall.

With over 70 guests in attendance, nearly $5,000 was raised through ticket sales, raffles and a silent auction to go towards local causes such as Coast Shelter and other Rotary projects.

“The evening was better than we expected, with guests dressing in the fashion from around 1912, enjoying the superb food prepared by Two Turkeys Catering,” Mote said.

The four-course meal was reminiscent of the last meal served on the famed ship before disaster struck.

The evening was topped off by a talk by Titanic aficionado Michael Booth, dressed as the Titanic’s Captain Smith, as well as roaming violinist Mary Mahoney.

Booth gave a presentation on the Titanic, giving some insight into what really happened on the fateful night of April 15, 1912 when the passenger cruiser hit an iceberg.

He then presented a series of ‘best dressed’ awards to guests.

‘How to age well’ community forum in Gosford