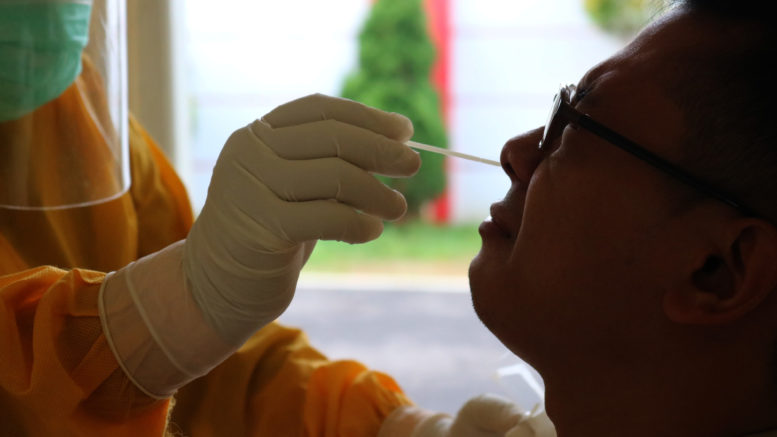 COVID testing is an important part of the plan to track the spread of the virus.

Testing numbers for COVID-19 rose dramatically on the Coast over the pre and post-Christmas holiday period, with more than 12,000 people being tested region wide during the week ending December 26 alone.

“We all play an important role in stopping the spread of the virus and testing is a crucial part of keeping our loved ones safe,” Lyons said.

“There are currently no confirmed cases of COVID-19 on the Central Coast.”

Lyons said there was an increase in testing numbers across the region following confirmation of the Avalon cluster and associated Central Coast cases in December.

“Across all Central Coast COVID-19 public and private testing centres, during the week ending December 19, 4,676 tests were conducted, a rate of 13.3 per 1,000 population.

“This then increased to 11,781 tests, or 33.4 per 1,000 population, the following week, after confirmation of the first Central Coast case on December 18.

The Chronicle has also obtained the most recent testing figures for Wyong Hospital, with northerners appearing to be presenting in larger numbers than their southern peers.

The CCLHD continues to urge anyone experiencing flu-like symptoms, no matter how mild, to get tested immediately.

“Testing is quick, free, and easy.”

ChromeFest and Music Festival are the latest COVID casualties