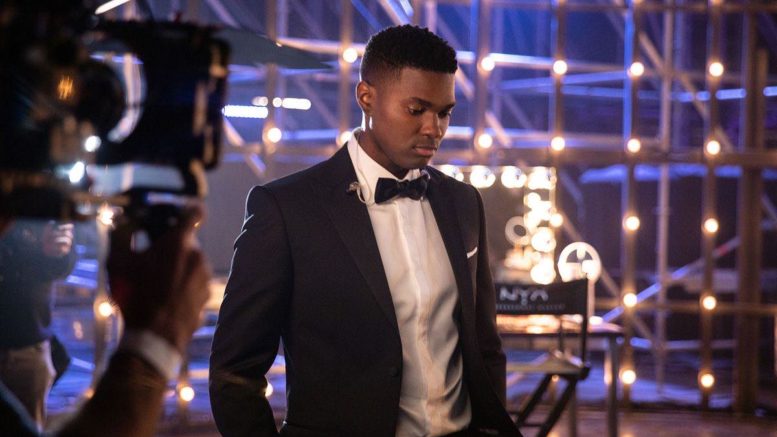 The talented singer originally from Los Angeles joined Guy Sebastian’s team and became one of the top four finalists of the 2020 season.

Appearing on The Voice Australia is not the first time Manuel has been on the world stage, having already appeared on America Got Talent in 2017, and on Eurovision in 2018.

He has also toured with artists such as Jessica Mauboy, Jessica Simpson, Britney Spears, David Foster, and opened for people such as Celine Dion and Josh Groban.

Manuel said he moved to Central Coast because his partner is from the area.

“He is a really good friend of mine.

“I used to travel to Australia with him and the California Crooners Club, and I met my partner here once when I was here visiting.

“He and his whole family are from the Central Coast.

“He had taken a job in London, so we were living there, but then he said he wanted to move back because he has two nieces and a nephew, and wanted to be closer to them, so we moved.”

Manuel has been singing since he signed his first contract with Warner records when he was 13.

“I was performing in Perth, and I was asked by a friend who does backing vocals for The Voice whether I would be interested in auditioning, which I did,” Manuel said.

“It was like a whirlwind, as soon as I got here I landed and hit the ground running.

“I was on team Guy, and his brother, Chris Sebastian, was on Kelly Roland’s team.

“Me, Chris, and two others were in the top four.

He said he is still really close with Chris and Guy and is loving living on the Central Coast.

“Terrigal is great, and also it is good because we are handling COVID a lot better here, than the US at the moment.

“It is easy; I am right on the beach so I can walk down get food, read, meditate, and do my thing, so I am really happy about being here.

“I have received a lot of love and support which I am definitely appreciative of because as a newcomer, it is sort of hard to feel like you fit in.

“My very first single is coming up out on March 5 which I am really excited about.”