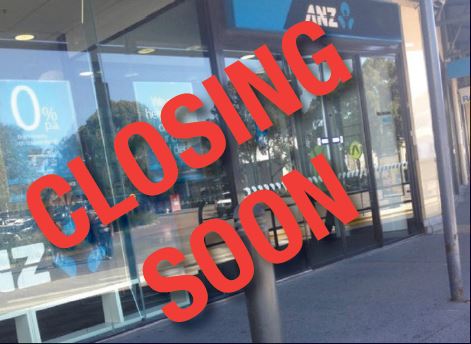 Westpac and ANZ have decided to close their bank branches at The Entrance and Lake Haven.

This follows the closure in May of the Commonwealth Bank at The Entrance.

“As our customers have changed the way that they do their banking in recent years, they no longer use branches as much, while demand for our contact centres and hardship teams has grown significantly,” he said.

“Our apps and call centres are convenient.

“We’ve also seen a number of passbook customers opting for debit cards recently and we are working with customers to help them with alternative banking methods.

“This growing trend of services moving online is not just happening with banking, right across Australia, a large number of basic services such as Medicare and the Australian Tax Office have already made the switch to online options.”

Straub said ANZ would retain as many staff as possible by helping them move into a range of new roles across the bank such as call centres, customer resolution and hardship teams.

The Entrance MP, David Mehan, announced earlier this week that Westpac had decided to close its doors at The Entrance.

A September 14 letter to Mehan from Westpac’s External Affairs Director, Richard Collyer, said that following the significant decline of in-branch transactions, a drop of 17 percent over the past two years and off an already low base, the bank had to make the tough decision to close the branch.

“No decision to close a branch is taken lightly and we consider customer usage, location and proximity to other banking service,” Collyer said.

“Customers who wish to continue banking with Westpac can visit the Bateau Bay branch 4.8km away.

“Alternatively, Westpac has a Bank@Post partnership with Australia Post which offers banking services, 400m further down the road in the town centre, and there is an ANZ automatic teller 360m away from the bank branch which is closing,” Collyer said.

Westpac says 98 percent of their customer transactions are now done online or with cards, phones and, more recently, watches.

“There are also a variety of channels that customers use to bank with us beyond online banking and branches, with customers using our ATMs, ‘tap and go’, telephone banking and we have invested about $165M in digital capability, with $248M more planned for next year,” Collyer said.

Meanwhile, the Commonwealth Bank at The Entrance remains “temporarily” closed.

When the bank closed in May, and staff seconded to the call centre, a CBA spokesperson said the closure would be reviewed in October.