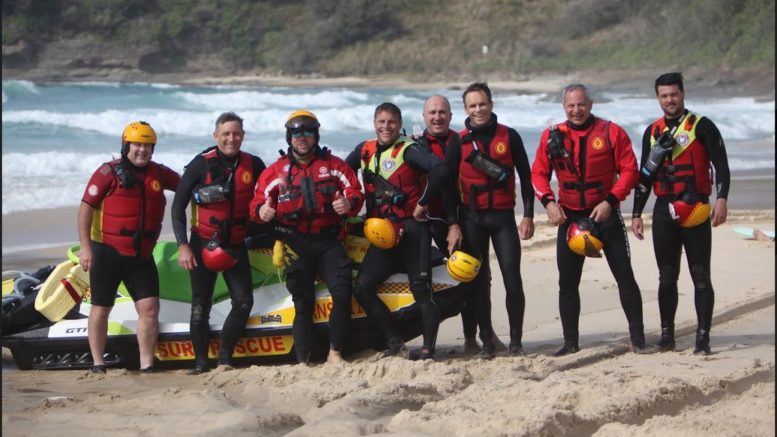 About 20 surf lifesavers were put through a rigorous search and rescue training exercise on Saturday at the remote notorious black spot, Snapper Point cave.

The purpose of the exercise on September 19 was to prepare the support operations team for emergency incidents at this treacherous section of coastline at Frazer Park, in Lake Munmorah State Recreation Area.

Snapper Point is infamous for its rock fishing incidents as many fishermen have been swept off the rocks or stranded in the cave by the tide until help has arrived.

There’s been 27 lives lost in that area in the past 15 years.

The search and rescue exercise was specifically designed to assist the support operations team to respond and familiarise themselves with the local coastline before an emergency incident actually occurs.

They performed and displayed various complex search and rescue scenarios, as well as simulations of real incidents that occurred along the dangerous rock shelf and surrounding area, including the use of jet skis, sleds, inflatable watercraft and 4WD vehicles.

“It was a very beneficial exercise because every minute counts when we’re getting to one of those rescues,” said CEO of Surf Life Saving Central Coat (SLSCC), Jon Harkness.

“About 20 of the rescue watercraft team took part and we inducted four new operators on Saturday as well,” he said.

“We actually did live simulations, we put swimmers out in the water, and in the cave, and then rescued them.

“It was pretty full on and you can see how a situation like that could really get out of hand without the proper training like this.”

SLSCC Director of Lifesaving, Simon Cusack, said that these exercises were crucial to ensure that lifesavers were well prepared for any incident which might occur along our treacherous coastline.

Second drowning at Snapper Point in a week