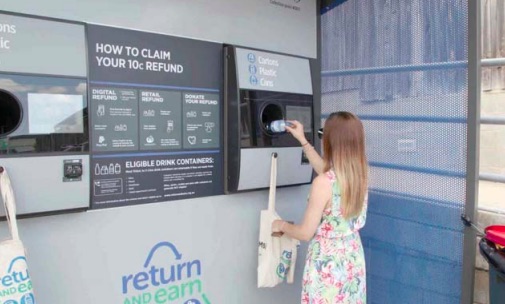 More than 16 million drink containers have been deposited at the Bateau Bay Return and Earn recycling depot at Woolworths, making it the most popular reverse vending machine on the Central Coast.

Of the 19 collection points across the Coast, 10 are in the northern suburbs, and they accounted for a total of 96,876,393 drink containers recycled since Return and Earn was launched almost three years ago.

“Over 170 million return and earns is not just good news for our local waterways and the environment, but it also means a massive $17M back in people’s pockets,” he said.

Users can choose to donate their refund directly to selected charities or transfer it to their designated account.

Harris welcomes new investment and development in the area