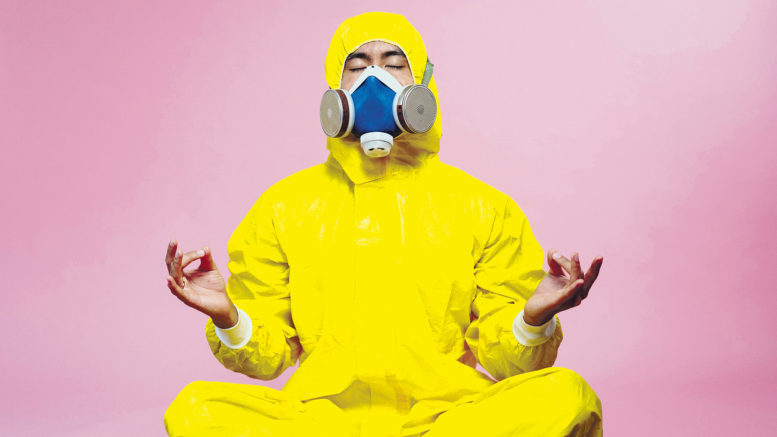 Headspace has shared tips for finding some Zen amidst COVID-19

For a lot of people, COVID-19 has taken a toll on their mental health, but young people in particular have been put through the ringer over the past couple of months.

The industries that primarily employ them were the first to close when lockdown laws came into effect and this was quickly followed by sport, leisure activities, schools, TAFE and universities.

Then came the media saturation of the virus that had thousands of people believing they’d be homeless and hungry by winter.

That wasn’t a fun time for anyone, but those same reports added fuel to the generational divide when they vilified Gen Z as selfish and irresponsible for participating in public life, even though it was still legal to do so at the time.

Headspace Central Coast Manager, Helen Isenhour, agrees that young people have been dealing with a lot.

Headspace is a leading youth mental health service on the Central Coast, with its offices at Gosford and Lake Haven servicing the entirety of the region.

“This is an unprecedented time for us all, but young people especially have had their lives turned upside down,” Isenhour said.

Despite everything going on, Isenhour has noted that headspace Central Coast has actually seen a drop in referrals, something she really didn’t expect.

“It was quite the surprise.

“We were preparing for a surge, but instead what we’re seeing is a decline,” Isenhour said.

It’s worrying for the veteran youth mental health services worker, who is now expecting a surge over the tail end of 2020.

And her theory is being backed up by the turnaround in current referrals, with locals already in headspace programs or seeing their psychologists recording marked improvement in attendance.

“Attendance has shot right up with young people making the most of their sessions and program times, which has been very pleasing to see,” Isenhour said.

When asked why she thought new referrals were down but existing ones were unprecedentedly up, Isenhour said she suspected many young people were still coming to terms with the situation.

“A lot of the pillars that young people anchor their lives to, school, work, sport, friends and family are all gone right now or significantly changed. and that can be hard to process,” she said.

Headspace Central Coast’s Community Engagement Officer, Silas Pollard, added that young locals’ experiences with COVID-19 were going to be vastly different and that was likely to be attributing to the decline in referrals.

“You’ve got young people who’ve lost their jobs, are worried about their finances, who also can’t seek out their family or friends for support, but on the flipside there’s young people who might’ve been having a really hard time at school or with certain relationships and this isolation is helping them manage that stress.

“There’s such a mixed bag of experiences, there’s no be all end all to what it’s like for everyone right now,” Pollard said.

Regardless of what’s on the horizon, both Isenhour and Pollard said headspace Central Coast and a host of other local services would be there for the region’s youth.

“If I can impart one bit of advice to young people who are struggling with their mental right now, it’s don’t wait to seek help.

“And please don’t feel dismayed about accessing support during COVID-19.

“As far as I’m aware, all Central Coast based services are still there and ready to help.

“The only thing that’s changed is how you access them,” Isenhour said.