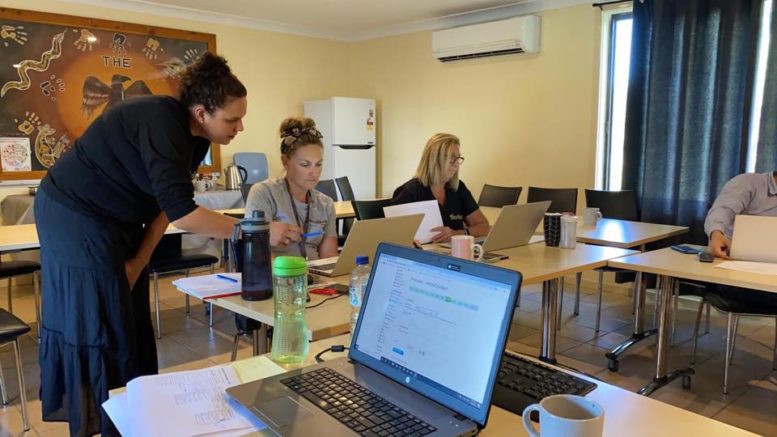 Some of The Glen admin team. Image: The Glan FB

A fully qualified and culturally appropriate drug and alcohol women’s rehabilitation centre is a step closer to becoming a reality after an ideal parcel of land was purchased at Wyong Creek.

Run by the same team that runs The Glen, an award winning rehabilitation centre for men based at Chittaway Point, the centre will aim to provide similar services, but targeted specifically towards women.

Planning is underway to develop a 20-bed centre on the 4.4ha rural property at 253 Yarramalong Rd, to provide a quiet, home like environment, similar to The Glen.

The Glen Chairperson, Carol Hennessy, said the project was a long time coming.

“We have been talking about this for a long time and we are doing some great work for men and we need to do more for women,” she said.

“We are excited that we have been able to find such a great site on the Coast where we have so many good friends,” Hennessy said.

The Federal Government announced in February that it would put $9M towards the project to buy the land, build the centre and cover running costs for the first three years.

Chief Executive Officer of The Glen, Joe Coyte, thanked the Federal Government, particularly Health Minister, Greg Hunt, and the Federal Member for Robertson, Lucy Wicks, “who not only acknowledged the critical need for a service such as this, but committed the funding to ensure that it happened”.

“This funding agreement is great recognition and reward for the women behind this push, these strong indigenous women are simply amazing people,” Coyte said.

“The next step is to get consent and we’ve already done a lot of due diligence on that block before we bought it.

“We have a concept plan which is getting very close to what we think the centre should be, and that’s the really exciting part, you can picture and feel the place coming alive.

“The Glen has a passionate and dedicated team of hard working professionals who are looking forward to developing a centre for women that will be the benchmark for drug and alcohol rehabilitation across the State.

“Residents of the new facility will be given every opportunity to have a chance at building a new life where they will take part in a highly-structured, daily routine.”

Coyte said the Wyong Creek centre would have minimal or no impact on their neighbours.

“There will be some concerns, we acknowledged that from day one, and we’re looking forward to showing anyone who has concerns how we actually operate,” he said.

“I think it’s mainly about fear of the unknown, but everything we do at The Glen is transparent and we’re happy to have people come to us with any concerns because we see that as helping us.

“Some of our neighbours at Chittaway Point are our biggest supporters and we’ve been there for over 26 years,” Coyte said.