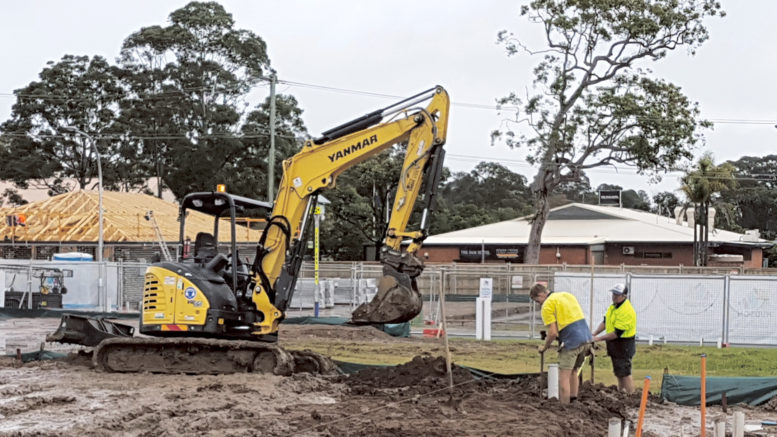 In the wake of rising demand for affordable housing, the Labor Party has renewed calls for a National Housing Stimulus Plan to build and repair social and affordable housing across Australia, with a dual aim of keeping one million builders and tradies in work.

“The pipeline of work in housing construction is drying up and will result in a sharp decline in work for lots of tradespeople and small and family businesses, unless action is taken,” Labor housing spokesman, Jason Clare, said in an interview with the ABC on Monday night, May 25.

Clare said the government should be working to promote investment by superannuation funds and private sector developers to leverage the government’s stimulus.

Property Council of Australia Chief Executive, Ken Morrison, also said that, beyond current projects, there’s not much in the pipeline.

“The risk is that right at the time that the National Cabinet wants the economy to be picking up, construction will be a drag on recovery and not a driver,” Morrison said.

The risk to new building activity has been compounded by the fall in immigration and fears over rising unemployment in the wake of the coronavirus.

In the northern part of the Central Coast, Wyong MP, David Harris, has echoed these calls, saying that the State Government’s plan to expedite 100 social housing projects under its Fast-tracked Social Housing Pilot Program was “woefully inadequate”.

“The waiting list for public housing gets longer and longer, and the current situation with the COVID-19 virus is the perfect opportunity to stimulate the economy through providing more housing stock.”

In the Wyong region, the situation is dire, with 1,537 on the waiting list and just 84 classed as priority.

There’s 1,318 on the waiting list in the Gosford region with only 64 rated as priority.

Minimum wait times are 5-10 years in both regions.

“There’s Jason, who’s been waiting for housing for the past five years and was living in a one-bedroom flat with three children, his eldest has severe autism,” she said.

“Sadly, he lost his children because he could not provide stable housing.

“Heather has had a tragic life moving from place to place, isolated, vulnerable, alone and violated beyond comprehension.

“She has cerebral palsy and is not a priority – apparently – and we are working with her NDIS plan and housing.

“Then there’s Belinda who is renting privately at $450 per week and her Newstart payment doesn’t cover the rent let alone food and bills.

“Kelly is gravely ill and her ex-partner was paying her rent but now he has lost his job due to COVID and she is facing homelessness with two small children.”

And those types of situations are just the tip of the iceberg, Cr Hogan said.

Minister for Water, Property and Housing, Melinda Pavey, announced on May 18 that about 100 new single and double storey homes would be built on about 50 suitable sites scattered across metropolitan and regional areas, in a bid to stimulate the state’s economy and provide construction jobs.

Pavey said small scale dual occupancy homes and manor houses with backyards for families would be built on under-utilised lots, providing attractive and affordable housing for society’s most vulnerable.

She said the NSW Land and Housing Corporation (LAHC) would work with project home builders to deliver ‘off-the-shelf’ designed properties at a reduced cost to taxpayers and called on project home builders with suitable expertise in designing and building dual occupancies and manor houses to lodge an application.

Shadow Minister for Housing and Homelessness, Ryan Park, said statewide, the scheme allowed for just one property for every 510 people on the social housing waitlist.

“The 100 properties announced … is woefully inadequate (with) homelessness projected to increase by up to 16,000 from COVID-19,” Park said.

“There is a desperate shortage of social housing in NSW, with over 51,000 applications on the wait list, and this was before the COVID pandemic.

“While the announcement of 100 new homes across the State is welcomed, this is a drop in the ocean compared to the number of social and affordable homes needed to address the growing homelessness crisis we have.

“What we need is significant investment in social housing that helps stimulate our economy, create jobs and apprenticeships and helps to reduce homelessness.”

NSW Labor is calling on the Government to go further and increase its investment in social housing across the state.

Shadow Minister for Building Reform and Property, Yasmin Catley, said that with a building slump on the horizon, more social housing projects would stimulate the economy, save and create jobs, and make a serious dent in the spiralling public housing waiting list.