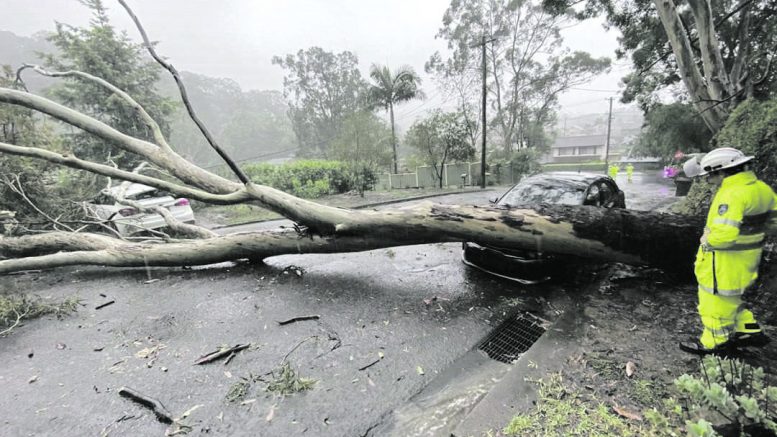 Power has finally been restored to most suburbs on the Central Coast following the huge storm event in February, according to the Ausgrid website on February 20.

The Electrical Trades Union (ETU) has claimed that lengthy delays were the direct result of massive job cuts in the energy sector.

ETU Secretary, Justin Page, said that there had been 5,000 job losses since 2015 at electrical distributors Ausgrid, Endeavour Energy, and Essential Energy.

“Our members have been working around the clock in recent days, desperately attempting to restore power to homes and businesses, but the fact is that with 5,000 fewer workers, there simply aren’t as many highly skilled people available to do the work,” Page said.

“Despite the network growing in size, and the risks posed by extreme weather and climate change increasing, staffing levels in the NSW electricity network have never been as low as they currently are.
“Power workers have been doing emergency restoration work for months straight, including throughout the recent bushfire crisis, repairing unprecedented amounts of damage to vital electricity infrastructure.

“But the NSW Government’s privatisation agenda, and imposed cuts from the Federal Government’s Australian Energy Regulator, have combined to drive the loss of 40 per cent of the jobs at the State’s three electricity distributors.

“While the bushfires may have been unprecedented, scientists have long warned that climate change would cause more frequent and extreme weather events, yet rather than increase resources to make our power network more resilient, we continue to see the loss of specialist distribution workers.

“Our union has repeatedly warned that the unsustainable slashing of jobs would impact recovery efforts following fires, floods, storms and other natural disasters, yet rather than act on those warnings, we have seen the cuts continue, with another 1,300 jobs at risk at NSW electricity distributors in the next three years.

“We need the NSW and Federal governments to learn from the current situation and deliver an immediate boost to the resources available to repair the electricity poles and wires in a timely way following natural disasters.

“Extreme weather events such as storms and bushfires are becoming more common with climate change, so the prudent way to make the power network more resilient is to immediately stop planned cuts and begin rebuilding job numbers to take action on these risks.”
Meanwhile, a motion passed in the Senate on February 13 from Senator Deborah O’Neill also condemned the 5,000 job cuts across the sector since 2015.

The motion calls on the State Government to acknowledge that privatisation of electricity infrastructure has failed to deliver better, cheaper and more reliable services, and to invest in better publicly run and publicly funded services.

It also calls on the Federal Government to “undertake necessary reforms to address deficiencies in regulatory framework which compromise adequate resourcing and staffing by distribution companies”.