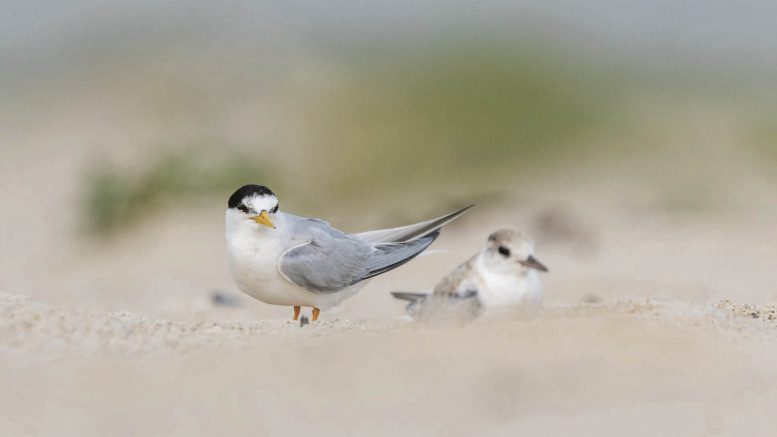 It has been a successful breeding season for Little Terns at North Entrance this year, despite a disastrous start with a vandal attack on their colony at Karagi Reserve in early December.

Central Coast Birding group spokesman, Allan Benson, of Ourimbah, said that about 25 young had fledged this year, which represented about 10 percent of successfully raised young in NSW.

“This is a significant number of young raised,” he said.
“Little Terns are a threatened species, so every chick successfully raised is really important.
“It is remarkable that they can breed so successfully in such as busy place as the North Entrance, where there is a constant stream of fishermen and beach users.

“The most important reason that the Little Tern breeds successfully, is that Central Coast Council erects a fence every year that demarcates their breeding zone.

“The vast majority of residents and visitors respect the fenced area and don’t enter the area or walk dogs there in the breeding season.
“Ironically, the unfortunate incident where the breeding area was vandalised, probably worked in our favour, as the massive publicity generated actually increased awareness of the Little Tern colony”, Benson said.

“As far as we are aware, there were no more vandal incidents.”