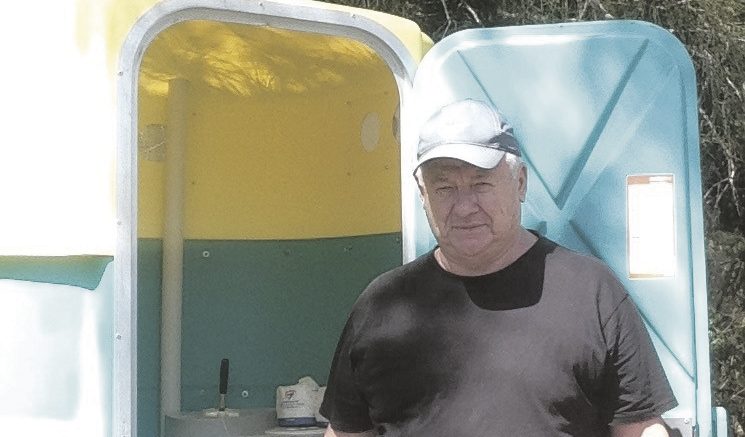 Association President, Jenny McCulla, said that service to more than 400 homes was affected, as stormwater runoff flooded the system and Portaloos had to be rushed in.

“Major problems started to become apparent on February 10 and 11, and it became a serious health issue,” McCulla said.
“I called Council and Member for Terrigal, Adam Crouch, on the morning of February 12, and I have to say the response was very quick.
“Council already had lots of trucks in the area pumping and vacuuming, and they responded immediately to our request for Portaloos for the areas worst affected.

“By February 13, there were lots of trucks at work in the area, and the Portaloos remained throughout the following weekend.”
By the afternoon of February 15, 70 percent of the affected homes had had their sewer service restored, with the final mop up concluding early the following week.

A small number of Portaloos were left in place at various locations in the township, with more severe weather conditions predicted.
Residents, Bill and Dianne Konigsmark, said that they had endured “an eight-day nightmare”.

Recently returned from a stay in hospital, Bill Konigsmark said Council had had to pump out his home system four or five times over the eight days, with extended periods when the couple were left high and dry.
“There was one period of four days straight when we couldn’t use the toilet or even take a shower,” he said.

“We had to make several dashes to the public facilities at Pirate Ship Park in Pine Ave.
“One of these was very late at night, when my wife and I had to walk with torches to the park.
“It was a dangerous time of night to be out walking and I ended up covered in mosquito bites.”

Konigsmark said this was the second time he and his wife had experienced sewerage problems in the two years they have lived at Davistown.
“You don’t expect this sort of conditions in 2020,” he said.
Portaloos have now been left outside the couple’s home, but they are hopeful that they will not have to use them.

Dianne Konigsmark said she was angry that her husband, still weak from his stay in hospital, had had to make the walk to the park to use facilities after midnight.
“Some of the neighbours, who were not as badly affected, offered us the use of their facilities, but you can’t go knocking on doors at midnight,” she said.

McCulla said Council staff were “magnificent” in keeping residents up to date and answering questions, and there had been a letter box drop of brochures from NSW Health.
“But we never want a repeat of this,” she said.
“We will be calling for a major overhaul and audit of the sewerage system.” McCulla said she expected the Association would formalise a request to council at its next meeting.

“I believe there is a possible big fix, but it could be very expensive,” she said.
“We have had similar problems in the past, although not as severe.
“This was the worst episode in the five years that I have lived here.
“If this happens every time we get really heavy rain, it is going to become a major health issue.

“It could be more expensive for Council in the long run to provide short-term fixes.
“What we need is active leadership.”
McCulla said that while the suburb was pretty well back to normal by Tuesday, February 18, people had been advised to call council if they experienced any more issues.

A Central Coast Council spokesperson confirmed that the severe weather event saw the sewer service at Davistown inundated by floodwaters and power outages, rendering the service inoperable.
“Council arranged temporary portable toilets for residents in the area and had tankers on site to prioritise the restoration and recovery of the vacuum sewerage system,” the spokesperson said.

“Crews worked 24 hour shifts in challenging circumstances to restore services to full capacity for residents, which were back online by Monday, February 17.
“The service will take time to stabilise and may experience periods of intermittent operation.”

Level 1 water restrictions to be eased

A farewell speech of relevance to all school leavers