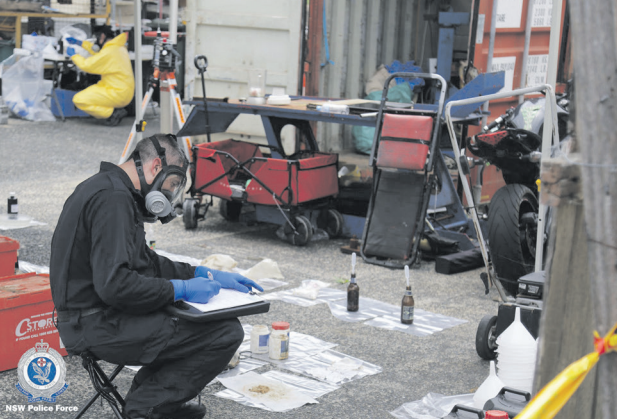 Police are investigating a clandestine laboratory uncovered in West Gosford

A clandestine laboratory has been dismantled in West Gosford.

As part of ongoing targeting and disruption of the illicit activities of criminal networks, police from the Criminal Groups Squad’s Strike Force Raptor North executed a search warrant at a home in West Gosford on Tuesday, January 7, and located the lab in a building at the rear of the property.

With assistance from the Drug and Firearms Squad’s Chemical Operations Unit, the lab was rendered safe before police commenced the dismantling process, which is continuing.

Officers have seized more than 50 items, including glassware and other items consistent with drug manufacture, which will be examined by specialist forensic officers. It’s expected more than 300 items are yet to be processed. A 50-year-old man was arrested at the home; however, he has been released pending further inquiries. Investigations are continuing.