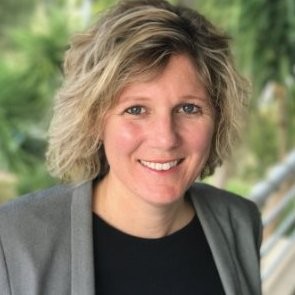 A Green Point resident who devised an App to support self managing National Disability Insurance Scheme (NDIS) holders with their financial planning, has been awarded $20,000 from the Federal Government to further develop the App.

Elisa James is the founder of Gosford based registered NDIS plan management service, Plan Tracker, a desktop compatible App of the same name to assist NDIS individuals and families get their plans under control.

James was one of 280 business people from across the country to receive funding through the NDIS, Boosting the Local Care Workforce Programs Transition Assistance Funding.

Federal Member for Robertson, Lucy Wicks, said she was delighted that James had received funding under the program. I have been involved with Elisa since the start and saw the project evolve from her kitchen bench, Wicks said. Elisa now employs 13 people and has helped many across our community manage their NDIS plans. This ultimately empowers people with disabilities by providing them with even more choice, Wicks said.

James said she first came up with the idea of Plan Tracker at her kitchen table. With a son with Autism, James was well versed in unpacking the complexities of the disability sector, but when the NDIS was announced, she saw a real opportunity to deliver a tech based solution to simplify a system known to be frustratingly hard to navigate.

Thanks to a background in software, James was able to get the bones of the project together relatively quickly and then set about the lengthy process of compiling the data for the App, which covers everything from claims management and receipt filing to tailored support service suggestions and of course a budget calculator, all from one central dashboard.

The App launched in August, 2017, and the Plan Tracker business followed soon after. Since then the App has grown exponentially, both in features and users, to include options for plan management for NDIS clients that want to be self-managed without the pressure of administrating their own plan and is also continuously growing its database of service providers to ensure users are able to make informed decisions about how, where and when they spend their NDIS budget.

James said the funding would be used to keep Plan Trackers growth sustainable. Were currently working on scaling the business to meet the needs of NDIS plan holders and a big part of that is establishing and growing a remote workforce who can assist plan holders wherever they might be, James said. Moving forward, James said her end game was hopefully to see Plan Tracker utilised Australia wide.