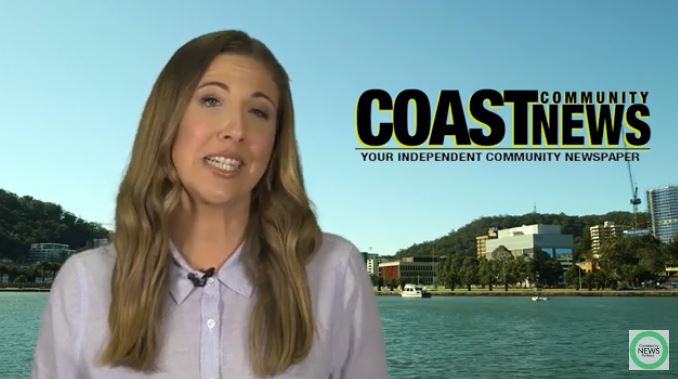 The Premier’s visit came with money for music education, though midwives are not happy, a major development in Gosford is set to start, the Koori Cup starts and local Rugby League Champions crowned.

Premier Gladys Berejiklian has announced a $2M upgrade of the Central Coast Conservatorium of Music.
The Premier visited the Con on Monday with Arts Minister, Don Harwin, Member for Terrigal, Adam Crouch, and Taylor Martin.
The funds will be used to upgrade existing facilities, seating and learning spaces, acquire new instruments and to fund planning for of a 500-600 seat acoustic performance hall.
The Premier said she hoped an upgraded Con would attract young people to think big in terms of musical study.

The $2M pledge for the Conservatorium is part of a broader commitment of $12M made by the State Government back in 2015 for the development of a Regional Performing Arts Centre.
The funds were to be matched dollar for dollar by both the Federal Government and the Council.
In speaking to media this week, the Premier said the State was still waiting for a proposal for the larger RPAC project and encouraged the Council to “hop to it.”

The first images of the $400M Archibald Development in Gosford town centre have been released.
The transformational project to be built on the corner of Mann and Donnison streets will feature two 25 storey residential towers with 300 apartments, a world-class hotel, rooftop bar, restaurants and shops.
The development was initially approved in 2015 by the Hunter and Central Coast Joint Regional Planning Panel and construction is expected to begin early next year.

Midwives at Gosford and Wyong Hospitals were advised this week that several staff will be cut, and the duration of some shifts extended.
Staff said they first heard of the cuts via a radio interview by Central Coast Local Area Health District Chief Executive Andrew Montague and challenged the premise of the decision, including that it was too difficult to find new staff.
The NSW Nurses and Midwives Association said the Government should be looking to expand the service not contract it, with all the data pointing to high levels of satisfaction and strong growth in demand.
Out of 3,200 local births in the past year, almost one in three were delivered by the Hospitals’ midwives.

The long-awaited Koori Knockout Carnival kicked off today at the Central Coast Regional Sports and Recreation Complex in Tuggerah.
The carnival will see more than 150 teams playing over four days watched live by over 400,000 fans.
Last year’s winners, the Newcastle All-Blacks, gained the right to host this year’s event and chose the Tuggerah complex because of its many high quality fields, parking and outstanding facilities.
Today saw the women and youth teams play with the men’s team knockout to commence over the weekend, culminating in the Grand Final on Monday.

And we’ll bring you all the results of the Knockout next week.

In other sports news, the Central Coast Mariners’ dreams of FFA Cup glory were dashed at Central Coast Stadium on Tuesday night following a 2-1 loss to Adelaide United.
The Mariners took and the lead in the second half with a stunning goal from Jack Clisby, but a controversial red card to Mariners skipper Matt Simon left the Mariners with just 10 players for the final 20 minutes
Adelaide took the opportunity to score two goals, with the last one to Riley McGree coming in the 90th minute.

The Entrance Tigers have been crowned this year’s Rugby League First Grade Premiers after taking down the Wyong Roos in a 16-14 thriller.
The win sees the Tigers retain back to back premierships and Tigers Captain, Matt Killick, was named Man of the Match.

Drones being used for surf and rescue purposes