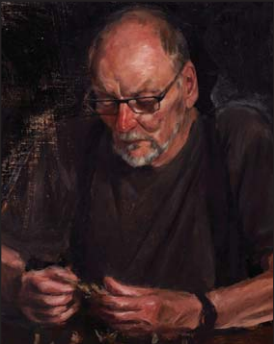 The Bouddi Foundation for the Arts has announced a record $42,000 worth of grants will be awarded to 24 aspiring artists through its 2019 Arts Grants program.

President Mr John Bell said this years crop of artists were some of the most exceptional the Foundation had ever seen, prompting the record number of grants. Every year I am astonished at the depth of talent among young people from the Central Coast and 2019 is no exception, Mr Bell said.

Indeed, the level of artistry seems to be improving, which is impressive, since it was already at a high level. The 24 grants cover a wide range of artistic pursuits, including traditional and classical dance, contemporary and classical music, sculpture, film making, painting, puppetry and musical theatre.

Mr Bell said: Most are one-off awards to assist young people with tuition, materials and equipment, upgrading instruments, and the like. This year we have also two grants that will help cover fees for post-graduate studies at prestigious overseas universities.

For the first time, we are offering a three year scholarship to amazing young guitarist, Min Anh, to help him complete his music degree at Sydney University, Mr Bell. Among the 24 grant awardees two were local. They are Empire Bays Ms Maddy Bell and Killcare Heights Ms Elissa Koppen. Mr Bell said the record grant funding this year was made possible due to increases in number and value of donations. Donors are responding to the demonstrated success of grants program artists and in turn have given their support.

It is heartening to see such faith in our young people and commitment to their future, Mr Bell said. The grants will be formally awarded during a presentation at Wagstaffe Hall on November 10. Several recipients will perform at the presentation and film director Mr Bruce Beresford will be interviewed by Mr Bell about his career, including his latest film, Ladies in Black.