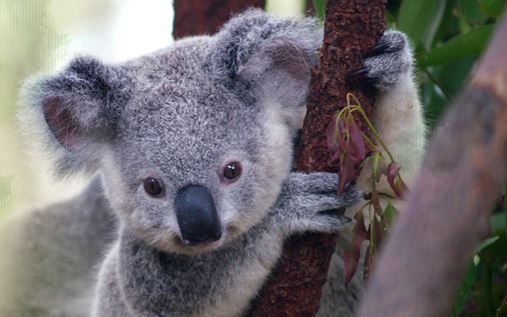 Member for Robertson Ms Lucy Wicks confirmed she had received an expression of interest in a grant under the Communities Environment Program. A local community consultation panel will convene after September 4 to assess the expressions of interest and to invite applicants to formally apply for the grant.

Ms Parsons is continuing the vision of primary school headmaster, the late Mr Geoff Miller, who retired to Pearl Beach and had a vision to see koalas back in the area. Koalas disappeared after the bushfires of 1990.

The koalas would come from the Port Macquarie Koala Hospital and released with transponders to track their movement. Ms Parsons said the koalas were often in the hospital with chlamydia which they caught again when re-introduced back into their own area. Pearl Beach was chlamydia free. A wildlife corridor of trees had been planted a about 10 to 15 years ago in the arboretum, Ms Parsons said.

While they were not enough to sustain the koalas, they were right next door to Brisbane Water National Park where the koalas would find more trees of interest. She said they ate from about 70 different varieties of eucalypts including grey gums and swamp mahogany.