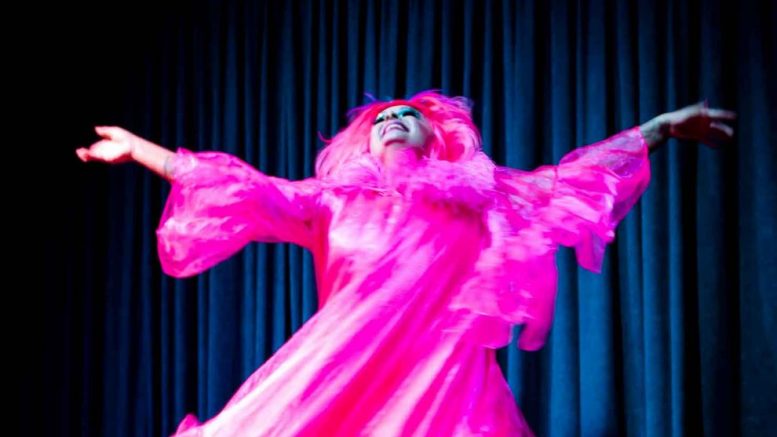 Coastal Twist Festival, a landmark arts and culture event and the Central Coast’s first ever Pride festival, is less than two weeks away and the team behind the event has given the Chronicle a sneak peek at the festival program, which features a mix of free and paid events and is set to transform the Woy Woy Peninsula into a mecca of arts, culture and inclusivity over the October long weekend (October 4-6).

Coastal Twist will take place at venues across Woy Woy, Umina and Ettalong and is poised to bring an array of international and Australian LGBTIQA+ performers, artists, musicians, chefs, vendors and organisations to the Coast for three days and nights. “Our event hub will span a 5km stretch across the Peninsula showcasing a welcoming and inclusive Central Coast, from the Peninsulas largest businesses to our local family businesses”, said Coastal Twist Founder and Artistic Director, Glitta Supernova.

The festival will be officially launched on October 2 at Ettalong’s Re:Publik Cafe. Held in conjunction with NSW Family Planning, the exhibition features the work of internationally acclaimed photographer, Belinda Mason, who’ll present her Outing Disability series, that offers a glimpse into the lives of people living with disability as they share their trials and tribulations around love, identity, sexuality and pride.

Supernova said “there’ll be something for everyone at the festival proper, which gets underway on the 4th, with The Love Club Cabaret, which will be led by Melbourne based artist, Yana Alana, and feature the talents of The Dollar Bin Darlings, Valerie Hex, Betty Grumble, Sexy Galexy, Midas Touch and many more. Saturday (October 5) will be an all ages free Life’s a Beach picnic at Umina Beach with local business Sal’s Surf School joining forces with the Ocean Beach Malibu Boardriders Club to host what Supernova believes will be the worlds first LGBTIQA+ longboarding event. Guest judge will be Nell Schofield from the Australian television drama, Puberty Blues.

The Australian Surf Life Savers with Pride will also be there representing lifesaving communities across Australia and promoting the movements progressive, inclusive and welcoming culture. Supernova said the Coasts own Ocean Beach Surf Life Saving Club will be leading the charge on that front.

“Saturday night will be a night like no other, driven by the arts of costume, make-up, special effects and creativity without borders, when The Surrealist Bauhaus Dance Party gets underway, said Supernova. Australian LGBTIQA+ film institution, QueerScreen, known for its annual Sydney Mardi Gras Festival, is curating its first ever Central Coast event at the Twist Top Short Shorts, the closing event of the festival”. Supernova said “a home cooked performative Indian dinner will be a highlight of the evening, prepared by Muhammad Ali and Amar, better known as Bangles and Bindi, the 2 Boys in Saris”.

2 Boys in Saris is the name of their food business which has become enshrined in Sydney’s Inner West for its take on Indian and South East Asian cuisine.

The flagship event of Coastal Twist will be Oceanfront Fair Day at the Peninsula Recreation Precinct on the 6th.

The largest Youth LGBTIQ organisation in the country, Wear it Purple, and Twenty 10, will also be there empowering inclusive and visible environments for rainbow young people and PFLAG for families and friends.

Central Coast Council, our principal sponsor, is also hosting the Including You tent with a range of hearing and visual aids and noise-cancelling headphones, sensory tools, and a quiet space to escape noise and crowds to support people in the community living with a disability, their families and carers, as well as elderly people, parents with prams and others with limited mobility.

Grab a picnic blanket and get set for a memorable day aligning your belly, heart and choices with human rights and equality for all peoples, Supernova said.