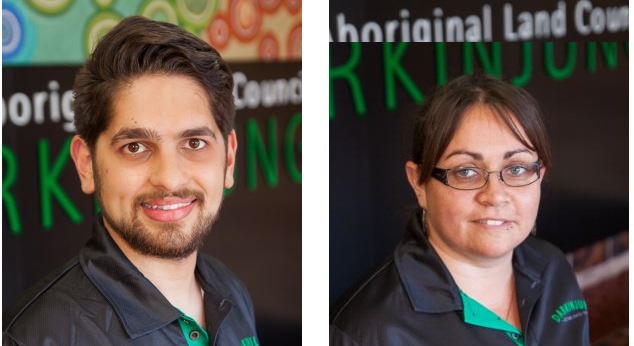 Matthew West has been reappointed chairman of Darkinjung Local Aboriginal Land Council at its four-yearly Board elections held last week.

West was appointed another two-year tenure as well as deputy chairperson Tina West.

New members are Katarina Sales, Danielle Captain-Webb, Deborah Swan and Amy Parry, who join existing members Gail Lake, Robyn Sutherland, Jenni McEwen and Jeff Delaney. West acknowledged the accomplishments of the previous board and said he was excited by the prospect of what was possible over the next four years.

“I am extremely humbled to have been re-elected unopposed and excited by the makeup of the newly elected board and Tina West who brings a wealth of experience and expertise to her role as deputy chairperson”, he said. West thanked outgoing deputy Barry (BJ) Duncan for his wonderful contribution as well as Katrina West, Ken Warren and Desmond Benton.

“The new board has a fantastic opportunity to continue the great momentum that our land council is generating to achieve great economic, social, cultural and environmental outcomes for the Darkinjung people and the broader Central Coast community”, he said.

“I’m really proud of what we have been able to achieve over the past four years and I am incredibly optimistic that we will continue to take Darkinjung to the next level for the benefit of our entire region”.

Darkinjung is the largest non-government landholder on the Central Coast and saw an opportunity in the property market with the expected rapid growth of the coast over the next 20 years.

Fifteen years ago, Darkinjung sold a parcel of land (now Magenta Shores) for $42M and other projects have included large scale residential developments, commercial and sport projects as well as providing housing services, education and cultural activities and sponsorship, lobbying and advocacy activities.

West, a 27-year-old Wiradjuri man, is the son of Prime Minister’s Indigenous Advisory Council co-chairperson, Roy Ah-See. He was appointed to the Darkinjung board in 2015 and was appointed chairman in 2018 and soon after played a key role in the instigation of the Darkinjung Delivery Framework which is a pioneering set of planning measures to help Darkinjung achieve greater self-determination over its land.