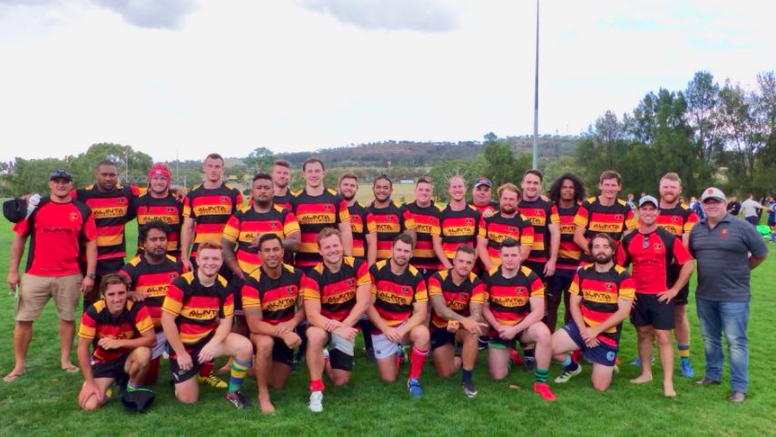 The Central Coast’s Senior XVs have been crowned NSW Country Rugby Union Champions and won the Richardson Shield at the NSW Country Championships, held in Warren, on April 28 and 29.

The Senior XV, Colts XV and Women’s 7s teams competed in the two days Championships. The Senior first XV won both their matches, seizing the opportunity to become NSW Country Champions and winning the Richardson Shield, a testament to the dedication of the players and the coaching staff. On Saturday, April 28, the Central Coast Senior XV played Far North Coast and won, the final score, 36 points to 21. The Far North Coast performed well in the second half, but the Central Coast team’s 33 to a 7-point lead in the first half secured them the win.

The win on Saturday put the Central Coast into the Final of the Richardson Shield on the Sunday. They played local team Western Plains, coming out on top with a final score of 47 points to 19. Central Coast dominated from the first whistle, silencing the home crowd of the opposing team with their 33 to nil lead at halftime. The Central Coast Colts lost their two games at the Championships despite their efforts. They lost to Central West on Saturday, the final score 44 to 7 points, and on Sunday, lost by 16 points to Illawarra.

The Women’s 7s team played five matches over the two days, winning three. Central Coast won 20 to nil and 44 to nil against Western Plains, and 17 to 10 against New England. The team placed fifth at the Championships, with two close losses on Saturday, a two-point difference against Central North and a seven-point difference against Central West, preventing them from forwarding on to the semi-finals on Sunday.