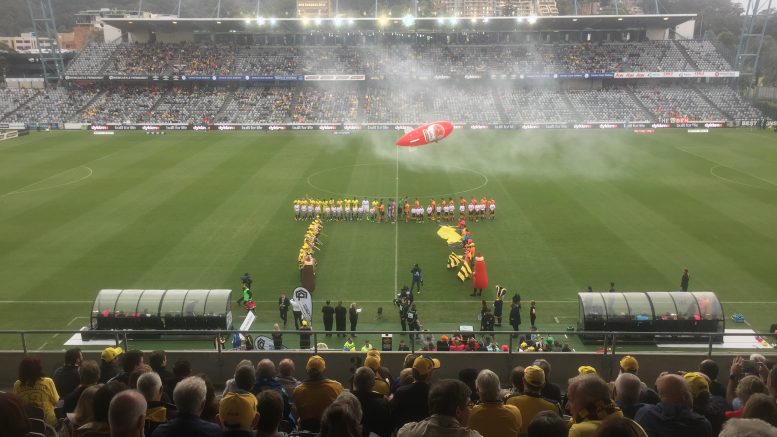 The Central Coast Mariners have still been unable to secure an extension of their lease at Central Coast Stadium, despite protracted negotiations with Central Coast Council.
The Central Coast Council’s operational plan for the 2017-18 financial year includes $2.03 million of capital expenditure on the stadium.
Stadium projects to be undertaken included $80,000 on directional signage, $200,000 on food outlets, $250,000 on a sound system, $300,000 on two change rooms, $300,000 on public amenities on the East and West Concourse and $900,000 on new screens and a scoreboard.
Coast Community News asked Central Coast Mayor Jane Smith for confirmation that the Council had renewed the Mariner’s lease to secure its future A-League home games at the stadium.
“I don’t know the answer,” Mayor Smith said, and undertook to provide a formal response about the status of the lease.
“I think the critical thing is that the stadium is an asset for the Council and the community, and an asset that we see plenty of potential with,” Mayor Smith said.
“Council is committed to continuing management of that facility, and working with the Mariners, and making sure it gets its best use,” she said.
“It is looking like we are going to attract some more NRL games next year.”
Mayor Smith said a lot of the work that has been included in the Council’s operational plan at the stadium this year was “well underway”, however the tenure of its greatest, long-term anchor tenant remains uncertain.