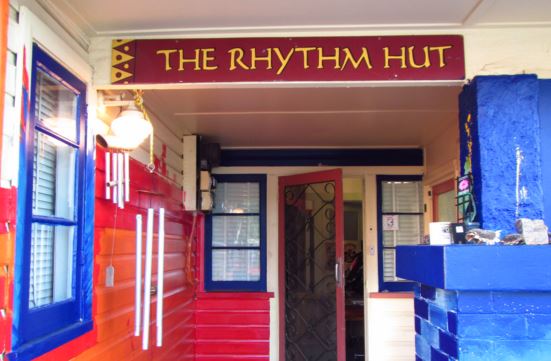 The Rhythm Hut is kicking off 2018 with international artists Rising Appalachia and Matiu Te Huki, on January 12.
Rising Appalachia brings to the stage a collection of sounds, stories, and songs, steeped in tradition and a devotion to world culture.
Intertwining a deep reverence for folk music and a passion for justice, they have made it their life’s work to sing songs that speak to something ancient yet surging with relevance.
Whether playing at Red Rocks or in rail cars, at Italian street fairs or to Bulgarian herbalists, this fiercely independent band has blazed a unique and colourful path across the globe.
Eleven years into their movement, Rising Appalachia believes that the roots of all these old songs are vital to our ever-evolving soundscape.
Led by the collective voice of sisters Leah and Chloe, and joined by their beloved band, percussionist, Biko Casini, and bassist/guitarist, David Brown, Rising Appalachia is a melting pot of folk music.
The soul stirring messages in Matiu’s music are positive, inspiring and unifying.
Matiu’s soulful roots music has a strong Maori flavour, using haka, chants and traditional Maori instruments, backed by grabbing grooves, deep, beautifully crafted bass lines, funky rhythms and magical melodies that stay with you well after the show ends, all held up by a pillar of Pacific passion.
Matiu was the founding member of the popular NZ roots band, Homefire Burning, and now leads his current band, My Golden Soul.