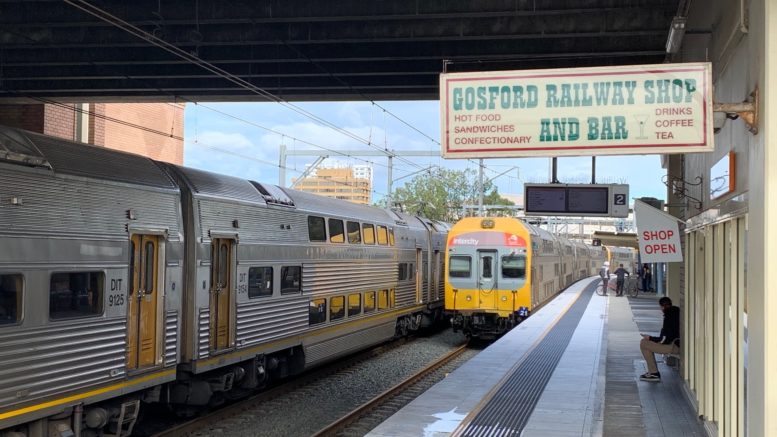 Central Coast commuters had a respite from interrupted train journeys with the Rail, Tram and Bus Union (RTBU) toning down industrial action this week in light of continuing bad weather but more hold-ups could be in store in the future if the union and the State Government cannot resolve the current deadlock over safety issues.

In an interim decision on July 5, Fair Work Commission Deputy President, Bryce Cross, rejected an attempt by the State Government to obtain orders to terminate protected industrial action on the rail network, with the matter set for a full hearing on July 7 and 8.

RTBU Secretary, Alex Claassens, said the Union had decided prior to the interim decision to ensure additional services could run on July 6 and 7 as a sign of good faith during the adverse weather conditions currently impacting the state.

He said the move would see approximately 70 per cent of the fleet able to run on both Wednesday and Friday, resulting in “very limited impact” on commuter services.

“It’s great that the Fair Work Commission has sided with the union and agreed that our planned actions should continue, but the reality is we had already moved to ensure additional services would be available this week to assist during the current weather conditions,” he said.

Claassens said a ban on transit officers issuing fines to people would continue until July 8.

“With everything facing the people of NSW at the moment, rail workers have decided to put a stop to the NSW Government taking money from people in the form of fines on public transport,” he said.

“Throughout this whole dispute, we’ve always been as fair and reasonable as possible while still making it very clear to management and the NSW Government that we are serious about fighting for the safe railway commuters and workers deserve.

“We never want to inconvenience commuters.

“This whole dispute is to ensure commuters get the safe trains they deserve.

“However, the NSW Government’s continued political game playing means that we’ve been left with no choice.”

A NSW Government spokesperson said the relaxing of some actions was “a big step in the right direction for rail commuters” but did not entirely halt the impact of industrial action.

“At a time when NSW is battling natural disasters and still recovering from the impacts of the pandemic, the NSW Government urges the unions to come to the table and resolve the issue without compounding what is already an incredibly difficult time for the people of NSW,” the spokesperson said.

“The NSW Government’s position has been communicated clearly to the rail unions, and in the public domain, that it will take all necessary steps to resolve the ongoing disruption to public transport services.”

The Government said the withdrawal of some of the planned actions did not go far enough and industrial action on July 6 resulted in 50 per cent fewer rail services across the network.

“As a result of the industrial action, people across the state experienced extended delays and packed carriages, removing the ability for passengers to socially distance,” Acting Transport Minister and Minister for Metropolitan Roads, Natalie Ward, said.

But Claassens said the claim was untrue and the Government was trying to shift blame for its poor handling of the transport system.

“None of the protected industrial action taken by rail workers recently should have had any notable impact on rail services at all,” he said.

“In fact, while the Minister was running around claiming union action was responsible for delays (on July 6), there were a large number of additional trains sitting idle ready to be used and workers ready to drive them.”