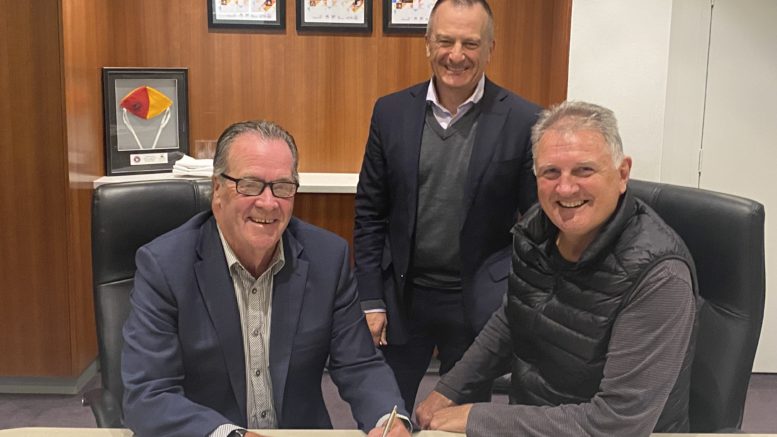 The Central Coast Academy of Sport (CCAS) and Mingara Recreation Club have strengthened their ongoing partnership with a further two-year commitment.

CCAS Managing Director, Ian Robilliard OAM, said Mingara Recreation Club, a founding partner of CCAS, was critical to the success of the academy and this Platinium Partnership renewal would bring Mingara’s support to 20 years.

“When you reflect on that fact, a 20-year corporate partnership is simply outstanding, a true reflection of both organisations being extremely well aligned,” he said.

“By December this year the CCAS will have provided over 4,400 scholarships and, in a way, Mingara has done the same because they have been alongside us since day one – that in itself is extremely special.

Pinkstone said Mingara’s renewed partnership with CCAS continued to align with the club’s vision to positively impact the local community.

“We have continually supported CCAS because of the community service and outstanding quality of training and development they offer to local athletes,” he said.

“The Academy provides the expertise and opportunities for athletes to train harder and dream bigger.

“The positive impact of the development of sport and athletes in our local area directly contributes to the way make a significant contribution to the quality of community life.

“We are extremely proud of our partnership with CCAS and congratulate the team on their ongoing success and look forward to our continued partnership,” Pinkstone said.

“Central Coast Academy of Sport thanks all those partners, and the many local organisations who support the dreams and aspirations of our elite and pre-elite local athletes,” Robilliard said.