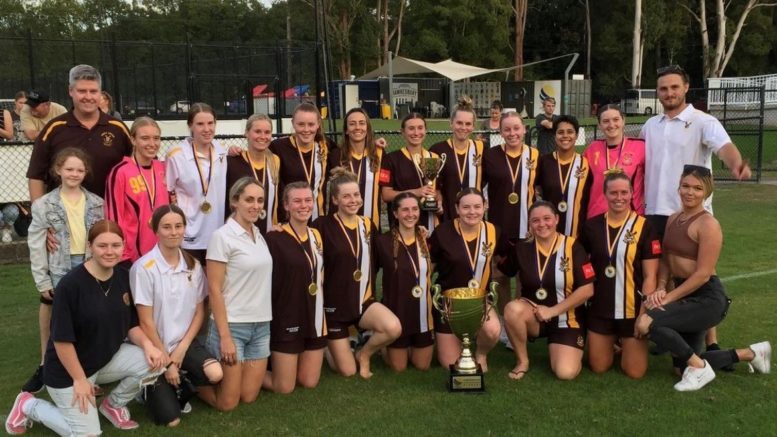 The Umina United Eagles 1st grade women’s football team has taken out the Central Coast Association Cup, held as a precursor to the 2022 soccer season, which is now off to a start after a rocky start due to the weather.

In a match played in front of a vocal crowd at Pluim Park, Umina held on to win 1-0 from a strong-finishing Terrigal.

Umina’s defence was tested all game but managed to stop Terrigal from scoring despite late pressure.

Coach Steve Donaldson said he was pleased with the win.

“With the 2021 competition abandoned halfway through, both teams should be proud of their game, and the talent that was shown can only add to an exciting 2022 season for both clubs,” he said.

“Umina E-Gals had a few new team members and entered the match without a few regulars but still managed to lift themselves to the level that saw them win the 2020 competition.

“Once again the club has high hopes that this very talented E-Gals side will fly high this season.”