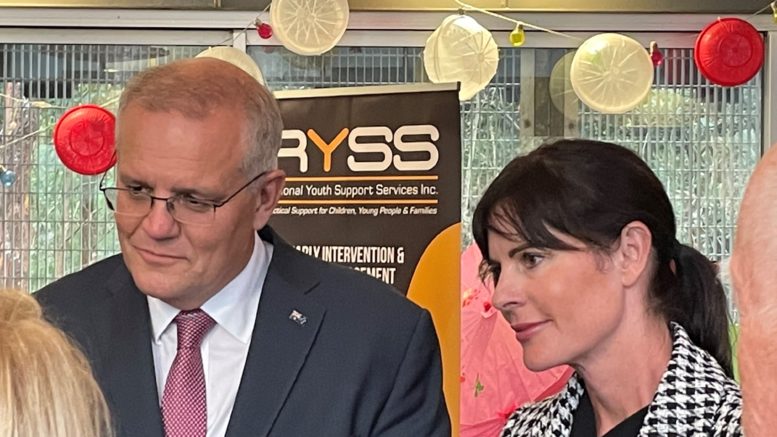 Prime Minister Scott Morrison joined Member for Robertson, Lucy Wicks, and Liberal candidate for Dobell, Michael Feneley on May 11 to make a pre-election pledge of $40M to improve the safety and quality of 60 roads in the region.

The funding would be in addition to the $86.5M already delivered to Central Coast Council in the Central Coast Roads Package and would prioritise local road improvements.

It would also support Council in addressing the significant maintenance backlog created by recent weather events and the increased traffic movements of the growing region.

“A strong economy means we continue to improve roads across the Central Coast, helping residents get home sooner and safer,” he said.

He said continuing to provide funding for road and rail projects was a key plan of the long-term plan to keep the economy strong.

Wicks said she had worked with local residents and Council to identify priority projects that improve safety and address maintenance challenges across the region.

“Better local roads, particularly after the recent storms, is the number one issue raised with me and this funding will upgrade some of our worst roads across the Coast,” she said.

“Upgrading roads such as The Scenic Rd through MacMasters Beach, Killcare and Killcare Heights, Rickard Rd in Empire Bay and Rabaul Ave in Umina Beach will make life easier for so many people living on the Central Coast.”

Funding will be provided to Council to support its works program, including road reconstruction, rehabilitation and resurfacing to improve safety for locals and visitors to the region.

The commitment builds on the Coalition’s strong investment to support infrastructure improvements across the Central Coast, including: $1B for faster rail between Sydney and Newcastle which will deliver additional tracks between Tuggerah and Wyong, extra platforms and station upgrades at Wyong and Tuggerah and new dual track rail bridges over the Wyong River; $336M to upgrade the Pacific Hwy through Wyong by duplicating the highway between Johnson Rd and Cutler Dr and replacing the existing Wyong River road bridge with two new road bridges; $51.2M to upgrade the Central Coast Hwy-Tumbi Rd intersection; more than $86.5M committed to the Central Coast Roads Package; and more than $35M committed to Central Coast Council under the Roads to Recovery and Local Roads and Community Infrastructure programs.