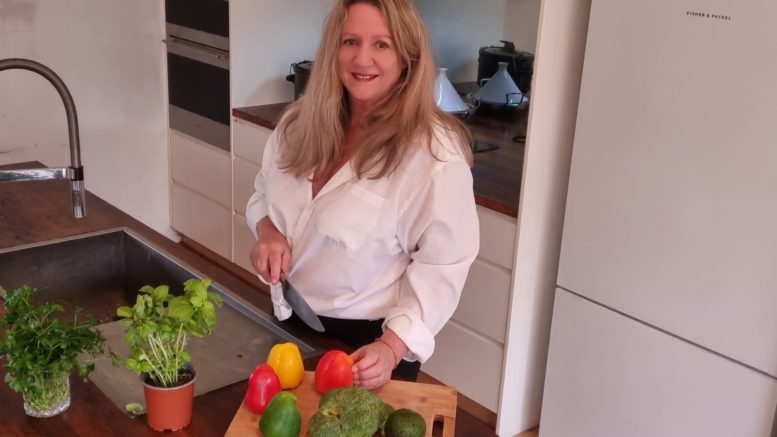 Jocelyn Kenna, a home cook from Halekulani, has made the finals of the Australian competition in the World Food Championships.

It was her pasties, with tomato chutney on the side – old family recipes – that won over the judges in the semi-finals.

“I cook what I call Australian pioneer peasant food, or simple soulful food, that has lasted generations in my family,” Kenna said.

“For the competition you had to submit a recipe, along with a story about your food culture, so I wrote about my grandmothers and my mum.

“They were dirt-poor, but I remember Nana in the kitchen in an apron covered in flour and there was always something cooking on that unforgiving old wood stove.

“I didn’t find out until a couple of months ago that she had a catering company and, in the floods in Victoria in the 1970s, my nan would cook up pasties then put them on the back of the tractor and deliver them to everyone.

“So, in her honour, I decided to cook the pasties, an amalgamation of recipes passed down through the generations,” Kenna said.

She was up against about 10 other home chefs in the chicken section.

“It was a bit weird for a cooking competition, but that round was via Zoom. We had 45 minutes to cook and plate, everything had to be done from scratch and then judged on originality, skill, presentation and preparation.”

Kenna will be the only competitor from outside Sydney in her category, cooking in front of a live audience at Sydney Olympic Park when the finals are held over the weekend, May 27 to 29, as part of a huge foodie festival.

“I’ve had an absolute blast and it’s something that everyone who likes cooking should do,” Kenna said.

“I decided to go in the competition because I love food. I’m always cooking for family and friends, and I just wanted to test myself to see if I am really as good as people say.”

This is the first time Australia has been in the World Food Championships since they began in Texas in 2012.

There were about 350 contestants from all around the country competing in the categories of seafood, barbecue, burgers, chicken, beef, vegan or dessert.

Winners of the barbecue, seafood and dessert categories only will then go head-to-head with the best home chefs from around the world at the 2022 World Food Championships in Dallas, Texas, in November.