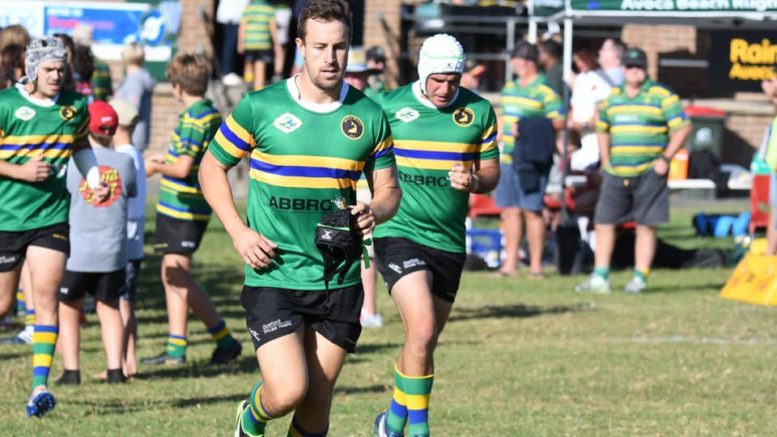 The Central Coast Rugby Union match of the day at Woongarrah Oval on May 21 saw Avoca Beach beat home side Warnervale 27-12.

Avoca Beach crossed for the first try early on and dominated the first half, going into half-time 15-0.

The second half was more even, with each team posting 12 points.

The match was interrupted by a serious injury which clearly affected both teams.

The win takes Avoca Beach to the top of the ladder while Warnervale drops to third.

Kariong held on for a hard-fought 33-24 win over The Lakes at Kariong Oval, in a match moved from Budgewoi due to the continuing dampness of Slade Park.

This game was also cut short because of a serious injury late in the match.

Kariong opened the scoring with an early try but The Lakes quickly respond with their own converted try.

Both teams put on a great display of rugby, spreading the ball despite the wet pitch.

Kariong went to the break leading by 26-19 but the second half was notable for good defence from both teams.

The Razorbacks opened the scoring with two early penalty goals to Jarrod Grange, extending the lead to 11-0 just before half-time. After an extended delay early in the second half because of a serious injury, both teams crossed for two converted tries, each scoring 14 points.

Best players for the Razorbacks were locks Steve Finley and Josefa Biu, and No.8 Rob Peden. Terrigal was best-served by prop Harry Gray and centre Richard Hooper.

Hornsby travelled to Woy Woy to record a convincing 89-22 win. The visitors stormed away from the start and lead 63-7 at half-time, although Woy Woy performed much better in the second half.

In round 8 on May 28, the Razorbacks take on Warnervale in the match of the day at Ourimbah Rugby Park. The Lakes host Avoca Beach at Slade Park, Woy Woy face Terrigal at Woy Woy Oval and Kariong travel to Gosford Showground to meet Gosford.