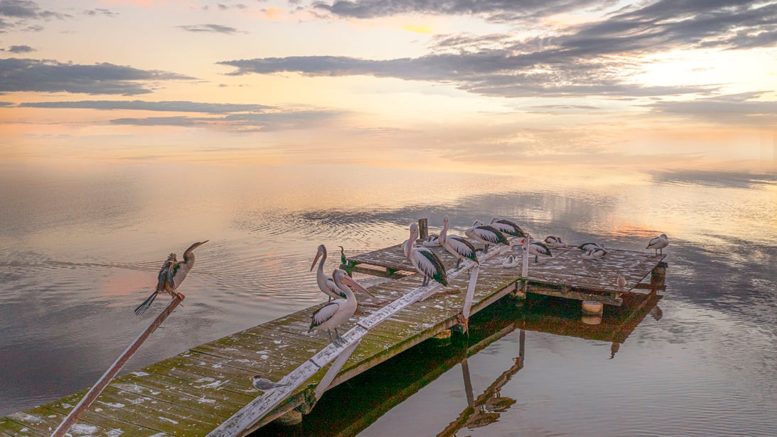 Work will resume on April 27 to restore the landmark 107-year-old Long Jetty to its former glory.

The iconic jetty, which gave its name to the entire suburb, was significantly damaged through storms and flooding over recent years.

A spokesperson for Central Coast Council said work which had started to fix the damage had been delayed because of recurrent weather events.

“Safety barriers and signage have been in place since the original damage occurred to the jetty advising the public not to enter, however, these have been vandalised multiple times and Council continues to repair their safety items.”

Long Jetty is the longest jetty in NSW, reaching 351m into the shallow waters of Tuggerah Lake.

The original jetty was built in 1915 and its length was intended to reach a passenger ferry service to Wyong using the deeper part of the lake.

These days it’s an interesting stop on a lakeside walk and a favoured haunt for photographers, especially at sunset.

It’s not the first time Long Jetty has suffered damage from storms, with a necessary rebuild after severe weather in 1927.

That work included a change shed from swimmers and a shelter shed for ferry travellers and Long Jetty soon became a favourite spot for children who loved diving off the end and swimming into the middle of the lake.

Camping was permitted on the foreshore in those days and, along with the best prawning around, the jetty, Long Jetty, became a tourist destination.