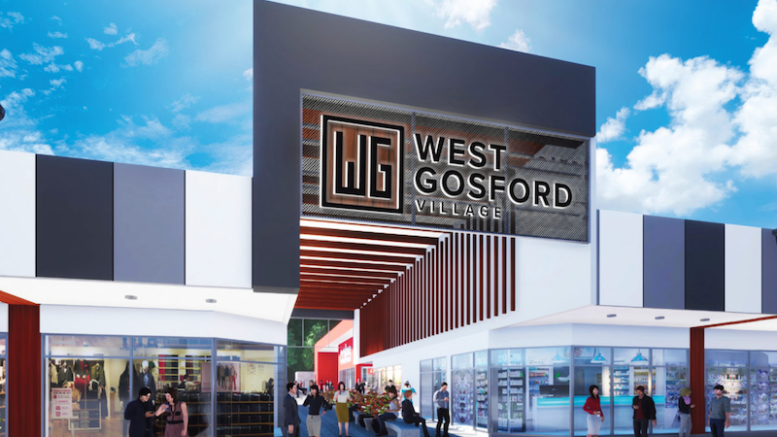 The redevelopment of the West Gosford Shopping Centre is on track to be completed within the next few months despite the fact the site has been idle for several weeks.

Director of Mintus Properties, which is developing the revamp, Ben Stewart, said rumours that the project was suffering from financial difficulties were unfounded.

Stewart said delays had been caused by the Christmas break and material shortage but that the project was now “in the home stretch”.

“The guys will be starting back on Monday, January 10,” he said.

“There have been a few delays with materials and contractors because of COVID and some hold ups with certain materials.

“But all the hard work has been done and the centre should be finished in the next couple of months.”

The project was approved by the Central Coast Local Planning Panel in September 2020, despite around 40 objections from nearby residents who outlined concerns regarding possible impacts of a Hungry Jack’s outlet.

Residents in the adjacent townhouse complex were concerned that a proposed acoustic wall would block sunlight from their gardens, restrict daylight entering their ground floor rooms and do little to mitigate noise.

But town planner Jonathon Wood from ThinkPlanners told the panel at the time that an acoustic report had shown impacts would be acceptable given the provision of the acoustic barrier between the carpark site and the townhouses.

A condition of the approval was that an acoustic assessment of operational noise emissions from the premises must be supplied, at three months intervals for a period of 12 months after the restaurant begins operating.

Hungry Jack’s has now been operational for several months.

Continuing work will see fit outs on the first floor, converting existing office space to an 81 place childcare centre and a gym and major renovations to the ground level.

Mintus Properties is confident of delivering an “outstanding village upgrade that locals can be proud of.

“The facelift will showcase tones and textures drawn from the Coast’s natural surrounds including stunning sandstone features and lush local landscapes creating a sense of seaside serenity,” the spokesperson said.