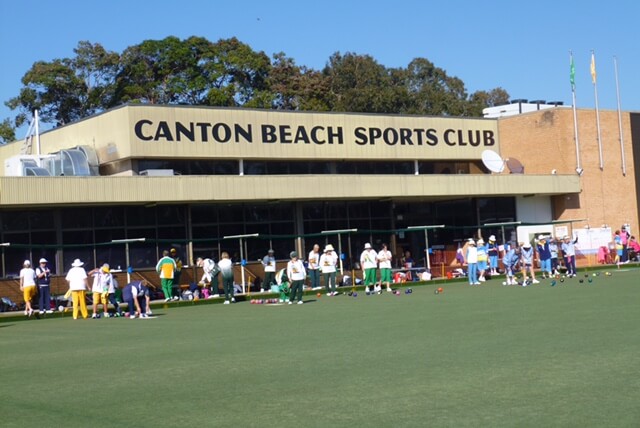 The Annual General Meeting of the Toukley District Mens’ Bowling Club held on November 27 passed a resolution to change the name of the Club to Canton Beach Bowls.

Since the Toukley District Bowling Club was taken over by the Wyong Leagues Club in 2008 it has been known as the Canton Beach Sports Club so this name change brings the men’s bowling club into line with the women’s club who changed their name some time ago.

The Toukley Bowling Club was formed in 1955.

The club, in Hibbard Street Toukley was built on land leased from the Lands Department with an annual rental fee of £50 ($100).

Additional land was given to the club in 1959.

Club members contracted a bulldozer to clear the site of large trees and stumps with the rest of the clearing completed by members on Saturday afternoon working parties.

In order to save costs the members worked for months on the construction of the green and planted thousands of couch grass runners.

Now known as Foundation Day, the green was officially opened on April 16, 1958.

The first clubhouse was a small fibro shed but late in 1959 a former army hut from the Greta Migrant Camp was purchased for £95 ($190).

It was dismantled, brought back to Toukley and reassembled.

Today the club has three greens and has over 120 members.

The current club building was officially opened in July 1980.